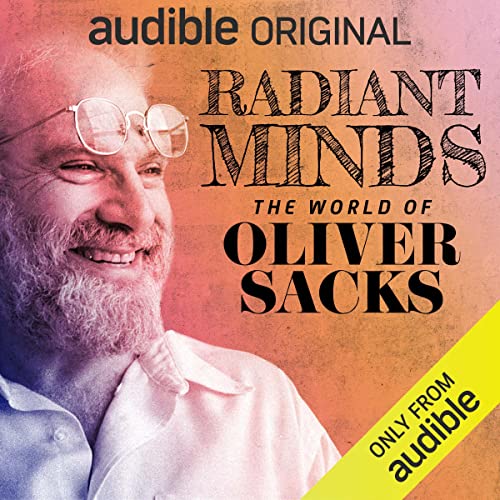 Indre Viskontas is a neuroscientist, opera stage director, and science communicator across all mediums. Combining a passion for music with scientific curiosity, she is an Associate Professor of Psychology at the University of San Francisco where she runs The Creative Brain Lab, and the Creative Director of Pasadena Opera. She leads the Communications Core at the Sound Health Network, promoting research and public awareness of the impact music can have on our health and well-being. She directed Kat’a Kabanova at the California Shakespeare Theater for West Edge Opera in the summer of 2021.
Dr. Viskontas received a BSc in psychology and French literature from the University of Toronto, an MM degree in vocal performance from the San Francisco Conservatory of Music and a PhD in cognitive neuroscience from UCLA. She has published more than 50 articles and book chapters related to the neural basis of memory, music and creativity. Her scientific work has been featured in Oliver Sacks’ book Musicophilia, Nature: Science Careers, and Discover Magazine. She has also written for American Scientist, MotherJones.com, Vitriol Magazine, and other publications. Her first book, How Music Can Make You Better, was published by Chronicle Books in 2019.
She has co-hosted several TV and web series, and has appeared on The Oprah Winfrey Show, PBS NewsHour, major radio stations across the US, including NPR’s City Arts & Lectures and the CBC’s The Sunday Edition. She is the host of the popular science podcast Inquiring Minds, downloaded more than 14 million times. Her other podcast, Cadence: what music tells us about the mind was a finalist for the Science Media awards, a 2021 Webby Awards Honoree, and is in its third season, with over 100,000 downloads. She is also the host and writer of the Audible Original podcast Radiant Minds: the World of Oliver Sacks.
She often gives keynote talks, for organizations as diverse as Genentech, the Dallas Symphony, SXSW, TEDx and Ogilvy along with frequent invited talks at conferences and academic institutions. She has created three 24-lecture courses for The Great Courses: Essential Scientific Concepts, Brain Myths Exploded: Lessons from Neuroscience, and How Digital Technology Shapes Us. Her fourth course called The Creative Brain will be released in August 2022.
Physical Illness & Disease Psychology
Show more Show less

Enjoy the Trailer for Radiant Minds

Get listening to these 10 inspiring titles below to shake things up and jumpstart your motivational journey.
ARTICLE

These listens will answer your questions, assuage your fears, and get you ready to dive into the ancient practice.

What listeners say about Radiant Minds

The stories are so moving and interesting. So full of perspective. Moved me to tears, narrating was great!

Excellent topic and presentation. Simultaneously provocative and humbling. A catalyst for becoming a better human through understanding and empathy.

I can’t wait for the first episode

I have always been passionate about the brain and people, and although I don’t know if I’ve got what it takes to be a neurologist I will always be fascinated of this topic. I will never stop seeking stories and information about it. So here I am waiting for more! Because I absolutely loved the trailer.

Amazing and stimulating work by Greenlawn, Indre Viskontas, and the Oliver Sacks Foundation in creating a series that celebrates the work of one of the great minds of our time and continues the discussion.

Better than listening to a fictional story is my opinion about this podcast. I highly recommend anything related to Oliver Sacks. He’s a great writer too. And was a beautiful human soul, doctor, and I imagine friend. I always wanted to meet him.

Changed the way I see the world

This episode- I have cited it repeatedly since I first heard it a few weeks ago. It changes my approach to education, to work, yo social interactions. Everyone’s experience will be different, but, for me, a physician, the information in this episode was revelatory and I am grateful.

the series is really fascinating and very compelling. I liked listening to this audio book

It was reading a Oliver Sacks book again and dive into our brain. Fantastic

Association with my stroke

I just completed The Only Way Out is Through and there was a lot that makes me hopeful.

I get stuck on words with no apparent association with anything. On my bad bad days I stutter and fight significant vocal tremors.

I am excited to try putting words in struggling with to music and see what happens. Regardless of my outcome, I categorically and enthusiastically agree that music is “in our DNA.”

We have all witnessed an infant, animals, and ourselves responding to music. Some hum, others do a little high, animals do their version of a dance, or in some cases the music soothes and/or calms them, dogs howl , and so on.

What an amazing topic and area of study. I am hopeful this Arena of music being “inside” of us mandates exhaustive studies

It’s taken me more than an hour to try and enthusiastically endorse the topic of music being “inside” of Sam of us and how music may help with moods and other maladies.

Worth a listen—for sure.

really well produced. loved hearing Oliver's voice cut into the episodes. Amazon should consider releasing this to a wide audience. it would be a service to many IMHO

So engaging! Always loved Oliver Sack’s telling the story of his patients and this let me to give this a go. I’m not disappointed. Enjoyed it fully as learned new things and likely to listen to it again.