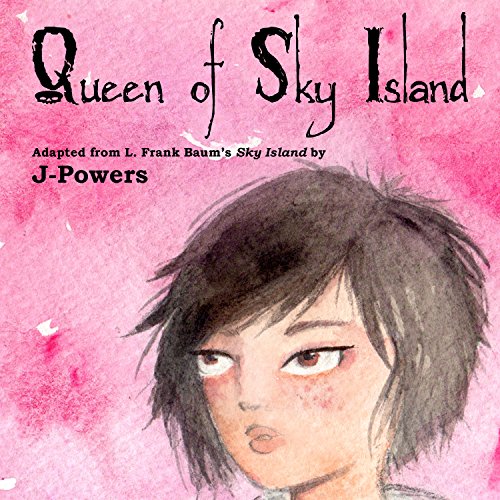 By: J Powers
Narrated by: Ramona Master
Free with a 30-day trial

Queen of Sky Island is a coming-of-age story charged with fantasy, heroic adventure, and vividly imagined new worlds. It is a 21st century adaptation of a story by L. Frank Baum, the creator of The Wonderful Wizard of Oz.

Queen of Sky Island reveals a young girl, Tara, who, in her determined search for her military father, becomes trapped on an actual island in the sky where she leads one otherworldly army against another.

Tara's faithful companions on this perilous adventure are Bobo, a brave young boy who possesses a flying umbrella; and Sgt. Rik, a resourceful disabled veteran who looks after Tara and her mother at their seacliff cottage on earth. Through miscommunication, Tara and her companions arrive at Sky Island, a bizarre land divided between wildly different pink and blue territories. They are unfairly taken prisoner by the Boolooroo, the selfish and mean-spirited leader of the Blue people. Facing a horrible punishment known as patching, Tara and her companions escape and run for a thick fog bank that separates the two territories. With help from an unusual creature, they cross through the dense fog, and they are taken to the queen of the Pinkies.

After surviving a near fatal test in this new realm, Tara shows what she is made of and rises to lead the Pinkies against the Blues in an attempt to defeat the Boolooroo.

What listeners say about Queen of Sky Island

A tale for children and adults alike

Beautifully narrated, Queen of Sky Island draws the listener in with its explicitly drawn visual images and odyssey story line complete with many adventures, moral choices and positive outcomes.

The written language is captivating and the narrator brings the story to life with perfection.

It's only listening through to the very end that you learn about the author, John Powers who adopted a little known Story by the creator of the Emerald City years ago. These notes add to the enjoyment of the tale.