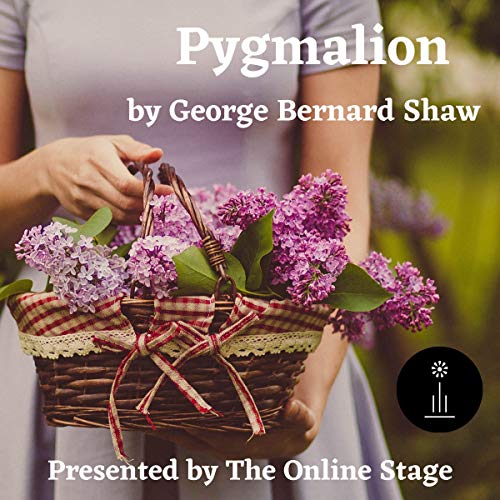 In the Greek legend, a sculptor, Pygmalion, created a statue of a woman so beautiful that he fell in love with it. Later the goddess Aphrodite responded to his earnest prayers and brought the statue, named Galatea, to life. Shaw's Pygmalion is a fussy unmarried professor of phonetics, Henry Higgins, who claims that he could train an uneducated person off the street to speak so that he or she could pass as a member of the aristocracy. His Galatea is Eliza Doolittle, who sells flowers at Covent Garden and whose father is a dissipated but cunning vagrant. Higgins finds Eliza a surprisingly apt pupil, but with her new found skill in elocution comes a streak of independence, which threatens to upset the complacent harmony of his domestic life. Like many of Shaw's plays, Pygmalion includes a preface, as well as an afterword in which Shaw relates the further history of Eliza as she learns how to incorporate her training by Higgins into her new lifestyle.

What listeners say about Pygmalion