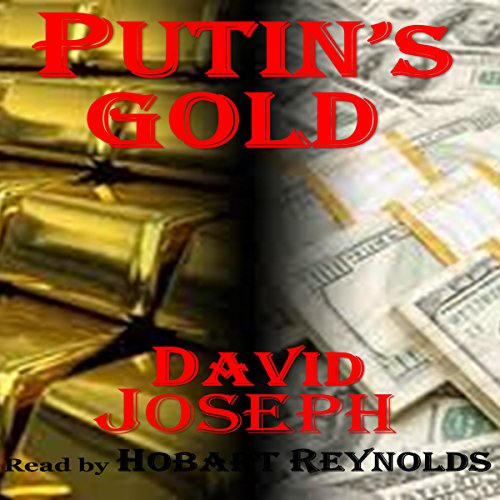 Putin and Kim Jong Un unleash a deadly reign of global terror by hijacking a Malaysian airliner, shooting down a Malaysian airliner, and circulating the "PBF", the Perfect Ben Franklin. CIA Director Mike Perry followed the evil Office 39 Director for over 30 years and finally has a chance to eliminate him along with the Kim regime. As an added bonus, the Federal Reserve cripples the Putin government through manipulating the oil markets, applying economic sanctions, and acquiring huge gold reserves in North Korea. Putin's Gold is a shocking standalone novel paralleling real world events.

David Joseph's electrifying conclusion to the Korea Trilogy - now a media tie-in to two airliner incidents - will have you listening to the very end.

Made for nice drive.

Would you consider the audio edition of Putin's Gold to be better than the print version?

I don't know I did not read print version.

Yes, it did! I listened to book on drive from Columbus to Chicago and loved it! Book kept my interest and helped with drive.

He is patient and deliberate. Nice narrator. His flow and tempo was smooth.

Yes, well all in a drive.

Look forward to trying some other David Joseph titles.