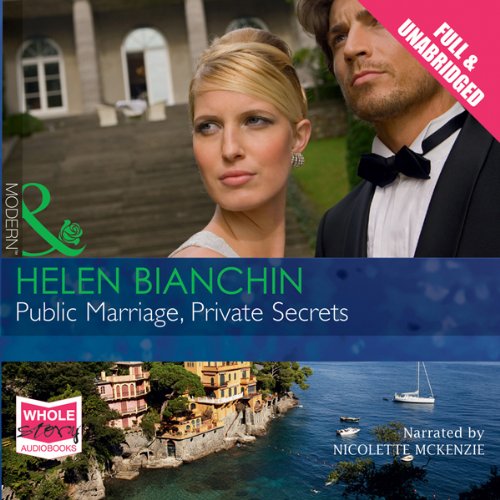 By: Helen Bianchin
Narrated by: Nicolette McKenzie
Try for $0.00

Four years ago Gianna married Raul Velez-Saldana in a whirlwind - he was the man she loved and the father of her baby. But, tragically, her pregnancy didn't last - and neither did their marriage. Discovering Raul's infidelity, Gianna left. As far as Raul is concerned his marriage to Gianna was simply postponed. Now the Spaniard has returned - and he wants his wife back!

He wanted HER back~ 3 STAR Bianchin

Would you try another book from Helen Bianchin and/or Nicolette McKenzie?

PLOT: Gianna lost her baby and her marriage when a schemer interfeared.

Did Public Marriage, Private Secrets inspire you to do anything?