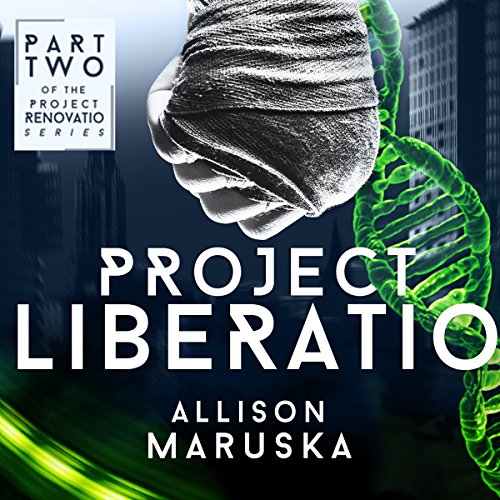 By: Allison Maruska
Narrated by: Grace Sylvan
Try for $0.00

After weeks of hiding from the radical group that plans to turn him and his siblings into an army of genetically engineered super-soldiers, Levin wants nothing more than to get back to his old life. So when he learns they have the opportunity to return home, he jumps at the chance - all they have to do is defeat the very faction that has forced them to take refuge.

Following intense training, Levin’s group pursues the faction, but his focus isn’t solely on the fight. When he sneaks away to visit his girlfriend, he unwittingly reveals himself to the enemy. Now, he must sacrifice his own plans and desires and commit himself to a new mission - or he could lose much more than his freedom.

"Project Liberatio is a fictional treasure that will fully involve the reader. In addition to being a highly entertaining work, it is thought-provoking. This book will appeal to all readers." - Tracy Miller, contributing writer at The Nerdy Girl Express

What listeners say about Project Liberatio