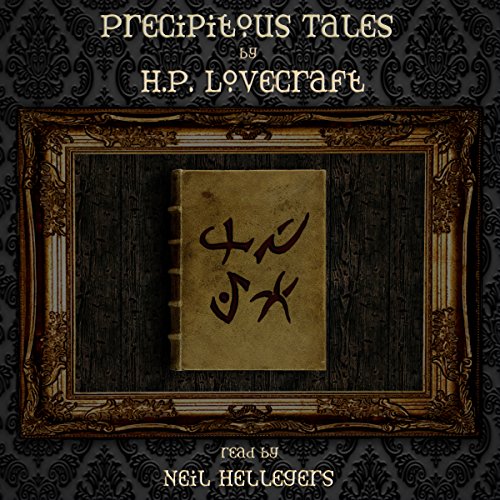 Taken together, the works of H. P. Lovecraft create a terrific world of elder gods, ancient aliens, and cosmic horror. This new original collection of Lovecraft's earliest stories lays the foundation for that world and prefigures many of his later infamous tales.

In "The Nameless City", an intrepid explorer encounters a shunned, crumbling city in the desert, older than the earliest known of humankind but perhaps not as abandoned as was thought. In "The Tomb", a young man's lifelong obsession with the locked crypt of an ill-fated, extinct family slowly turns to madness...or possession. In "Dagon", a sailor adrift in the Pacific Ocean awakes to discover himself stranded on the risen sea floor...and the abomination that has risen along with those ancient depths. And in "The Music of Erich Zann", a destitute university student is entranced by the mysterious and alluring music of the old, mute viol player who lives in the apartment above - until he finds the music serves a dark, urgent purpose.

Please enjoy the stories of these four unfortunate souls as they enter the eldritch universe of H. P. Lovecraft.

Table of contents: "The Nameless City"; "The Tomb"; "Dagon"; "The Music of Erich Zann".

What listeners say about Precipitous Tales

Have you listened to any of Neil Matthew Hellegers’s other performances before? How does this one compare?

I'm a fan of Hellegers' work. I've listened to a few of his audio books. This was my favorite of his productions--uniquely suited to his voice.

These are some of Lovecraft's best. Dagon in particular has always been a favorite. As has The Tomb. Hellegers voice is deep, soulful and stirring. I found myself enraptured. The narrator went away and I was encapsulated in the story, my own petty life a mere memory compared to the compelling narrative. The price for this small collection can't be beat. I wish Hellegers would do an audio rendition of all of the stories in the entire Cthulhu Mythos. Dagon has just a hint of that story. There is so much more and his voice would certainly do it justice. Helleger's performance of The Tomb was the most compelling of all four stories for me. Such a beautiful story, fantastically told.

true horror fans will not be disappointed

I’m sure that everyone who lays claim to being a true fan of horror has read Lovecraft, described as the ‘father of weird and wonderful horror’ by The Guardian he was known to have regularly corresponded with, and I can imagine influenced, writers like Robert Bloch (author of Psycho), Henry Kuttner (The Dark World), Robert E Howard (Conan the Barbarian).

Precipitous Tales is a collection of four short stories by Lovecraft, together they embody the characteristic medley of horror and science fiction that he is so famous for and reveal just how much of 21st century literature, if not exactly pastiche, is influenced by Lovecraft’s work. In ‘The Tomb’ and ‘The Music of Erich Zann’, both exemplifying everything I loved about the TV series ‘The Twilight Zone’, take place in seemingly ordinary fictional worlds filled with inexplicable mysteries but none is so strange as what the lost sailor of ‘Dagon’ finds at the bottom of the sea. Possession, madness, possible servants of the underworld, mythological fertility gods and prehistoric monsters abound these short stories by Lovecraft while the sense of adventure and discovery of the early twentieth century drives the narrative.

While listening to ‘The Nameless City’ I couldn’t help but imagine Harrison Ford clawing his way through the secret passages of half buried temples in an Indiana Jones style adventure (except that Lovecraft’s protagonist doesn’t completely obliterate what is left of the ancient city). Lovecraft ability to create a tangible sense of place and time so evident in this tale of ‘unwholesome antiquity’ is enhanced by Neil Hellegers, whose expert narration enhances the mystery of the ‘obliterated edifices’ in the abandoned desert city. I can’t imagine any other narrator for the job, his clear and precise narration is to H.P. Lovecraft in an audiobook format what blood and unabashed violence is to Tarrantino’s films.

Almost a century after ‘Dagon’ (1917) was written the characteristic Lovecraft tension and mystery still influences popular literature; from Lovecraft’s Cthulhu making an appearance in South Park to the makers of Fallout 3 utilising Lovecraft’s fictional world in their game, the short stories in Precipitous Tales will undoubtedly still have the power to fascinate listeners. So, while seasoned 21st century horror fans, expecting blood and gore, will find this audiobook of short stories lacking in that department they will not be disappointed.

Audiobook was provided for review the narrator.