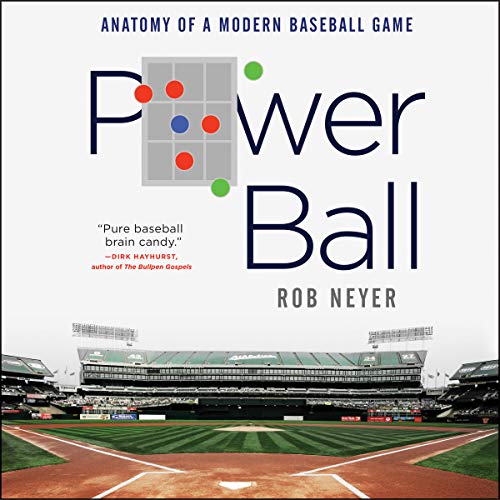 The former ESPN columnist and analytics pioneer dramatically recreates an action-packed 2017 game between the Oakland A’s and eventual World Series champion Houston Astros to reveal the myriad ways in which Major League Baseball has changed over the last few decades.

On September 8, 2017, the Oakland A’s faced off against the Houston Astros in a game that would signal the passing of the Moneyball mantle. Though this was only one regular season game, the matchup of these two teams demonstrated how Major League Baseball has changed since the early days of Athletics general manager Billy Beane and the publication of Michael Lewis’ classic book.

Over the past 20 years, power and analytics have taken over the game, driving carefully calibrated teams like the Astros to victory. Seemingly every pitcher now throws mid-90s heat and studiously compares their mechanics against the ideal. Every batter in the lineup can crack homers and knows his launch angles. Teams are relying on unorthodox strategies, including using power-losing - purposely tanking a few seasons to get the best players in the draft.

As he chronicles each inning and the unfolding drama as these two teams continually trade the lead - culminating in a 9-8 Oakland victory in the bottom of the ninth - Neyer considers the players and managers, the front office machinations, the role of sabermetrics, and the current thinking about what it takes to build a great team to answer the most pressing questions fans have about the sport today.

What listeners say about Power Ball

Solid overview of Baseball in 2018

This book gives a very great picture of the current state of baseball, contextualizing it through the lens of a single late-season game between the A's and Astros. It covers many diverse topics from analytics to unions to steroids and gives many good examples. It is, however, just a general overview - at times I wish it would have delved further into certain topics. The book is perfect for someone who has a cursory understanding and interest in baseball, watches games fairly regularly, but wants to get deeper into the game. If you're up-to-date with the current status of the game, it may be a bit repetitive and be telling you things you already know, however, giving examples and a lens through which to view the problems and questions around the game is always nice.

One problem (mentioned by other reviewers) is that the narrator does seem to have problems pronouncing names, which can be a bit distracting at times. At first, I thought it was an issue in domain knowledge, but it's narrated by the author, who is knowledgeable on the subject. Later in the book, he mispronounces the physicist Neils Bohr's name, so my suspicion is that it's just an overall issue with names. While a touch distracting, it does not take away from the content, which is quite good.

I really enjoyed the structure of the book, using events in a game to expound upon the issues affecting the sport and what could change in the future. it makes for smarter and informed fans.

loved it. very creative writing, interesting topics start to finish. any baseball fan would enjoy it.

this book draws you in slowly, and somehow allows it to feel like a game

Excellent baseball deep dive. Not just the story of an exciting game, but Mr Neyer also delves into many subplots and issues surrounding baseball. HIGHLY recommended

Should Have Hired A Pro Reader

'Read by author' is usually a red flag and proves to be true again with this. The author has a slight lisp and sibilant S; the combination makes it hard to concentrate on the content. Perhaps someone made the bad decision to save on narration costs. Love the idea here but I'm going to return this and read the book.

Great book about the current state of baseball and how metrics have changed the game. I like how the book interleaves the calling of a single game with modern baseball topics. It makes for a great story and a brain tickling book for any baseball fan.

dont expect much pitch by pitch or move by move analysis. this is about changes in baseball over recent years and it is applied over the course of one game's analogies and examples.

Rob Neyer’s done it again. He’s so astute and brings in so many angles to the game it’s truly a pleasure. Well done Mr.Neyer!

The author should have stuck to baseball instead of leftist ideology. if you are not a Social Justice Warrior STAY AWAY