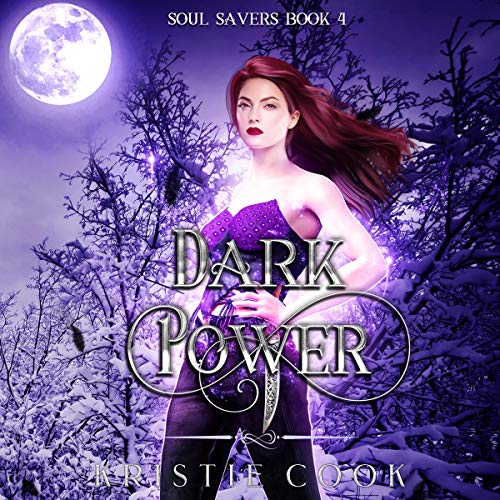 By: Kristie Cook
Narrated by: Erin Mallon
Try for $0.00

As the Amadis prepare for war, Alexis returns to Florida with orders to relax, regenerate and replenish her depleted power. But her task list quickly grows - establish a new safe house, learn the art of conversion, find her AWOL protector, help a desperate fan, and protect her son. Oh, and figure out what's going on with her husband, whose peculiar behavior just might get them killed.

But most important of all, her primary mission: recover her stolen pendant.

The stone in the pendant not only promises hope for the Amadis future, but it's unknown qualities make it a possible weapon in the wrong hands. With guidance and power from an improbable source and an unlikely ally by her side, Alexis sets out to retrieve the stone before the enemy discovers its potential for mass destruction. But when she finds herself in the Daemoni's lair fighting for her life, all hope seems lost. Will she discover the true power she holds in time? And is it enough to save herself, her family and the Amadis?

Power, the next installment of the Soul Savers Series, takes you on a hot and edgy ride with twists and turns you'll never see coming, leaving you breathless and once again begging for more.

Mature Content Advisory - may not be suitable for younger listeners.

"This book... will grab you by the hair and not let you move until you finish the book. Then, by the end, you are sweating, crying, laughing and panting for more. NO LIE. This series is amazing." ( Forbidden Reviews)

What listeners say about Dark Power

Great to have audiobook out at same time as book

Would you consider the audio edition of Power to be better than the print version?

I liked how the characters interact

What does Erin Mallon bring to the story that you wouldn’t experience if you had only read the book?

Acting the story out using different voices for the different characters