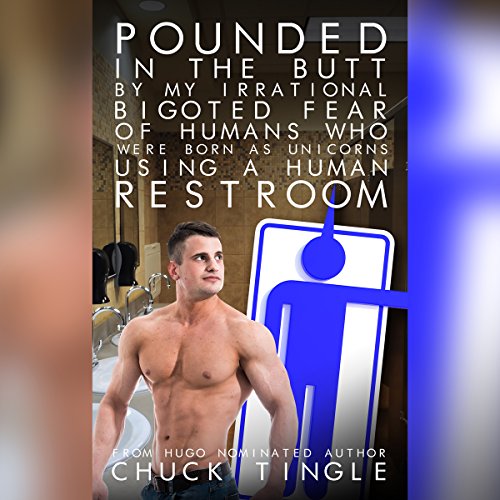 When Honch sees what he thinks is a unicorn using the human restroom at a local diner, he's immediately sent into a belligerent state of bigoted rage, culminating in a massive heart attack that leaves him flat on his face.

Fortunately, Kipper, a man who was born as a unicorn, is there to help, saving Honch's life despite their differences. Suddenly, a dialog is opened between Kipper and the angry, self-hating Honch, who eventually learns the error of his ways.

But when Kipper leaves, Honch finds his irrational fear-of-a-unicorn-in-the-human-restroom manifested as a handsome sign that won't go quietly. Soon enough, Honch is overcoming his extremist fears...by taking them in his butt!

but is a rare comedic masterpiece that supports trans people without mocking them. a sight to behold, truly.