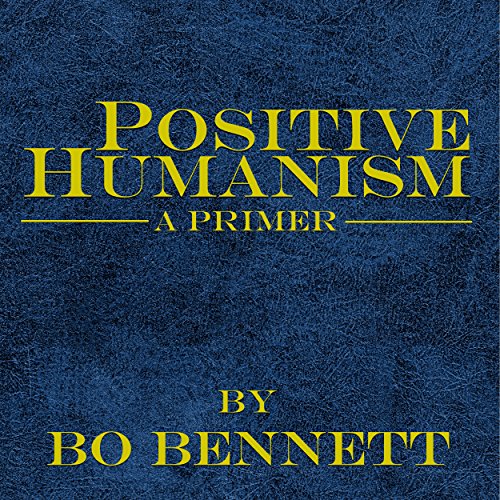 Positive humanism is an applied secular humanistic philosophy based on the scientific findings of positive psychology that focuses on personal, professional, and societal flourishing. As an applied philosophy its focus is on ideas that lead to increased well-being. As a secular humanistic philosophy, there are no appeals to the supernatural, the magical, or the mystical. The philosophy is founded on reason and critical thinking. The philosophy is science-based, meaning it is void of the unsupported and/or exaggerated claims and the constant confusing of correlation with causality often found in the self-help genre. The philosophy is grounded in the theories of positive psychology, which is the study of the positive side of the mental health spectrum - human flourishing.

What listeners say about Positive Humanism: A Primer

Stands by it's guns, peaceably

This is a good place to start if you want to see how much humanism can be about living a respectable, rewarding life. It's also a reasonable indication of how very little humanism is about hedonism. It is balanced, fair, and makes one want to see more sources of it's kind become available.

At times read a little bit rushed, mostly it is clear and accessible.

Dean Wendt's timing is a little better in Logically Fallacious. If you liked him here but wanted him to pause for breath a little more for your mental digestion of the concepts, you'll find him even better in LF.

This little primer is incredibly helpful in laying out a science based and rational approach to life whilst being honest about the limitations of both. It’s resolutely positive stance is refreshing in a world of rhetorical point scoring. An hour and a bit well spent!