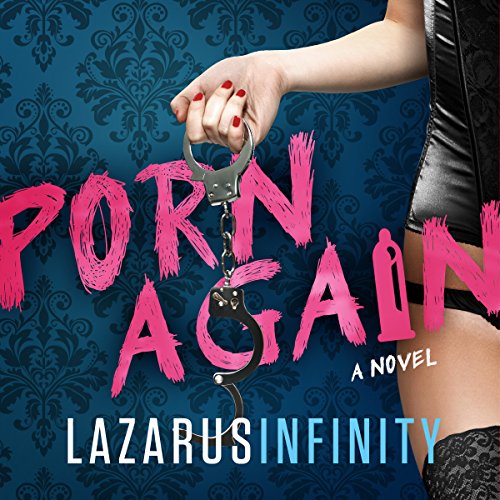 By: lazarusInfinity
Narrated by: Arthur Byrd

Harper 'Happy' Downman has no idea what's about to hit him. A typical button-down, Christian conservative American with a quaint home, a lovely wife and a dull sex life, he lives a life of monotonous mediocrity in the sun washed paradise that is South Florida. At the the height of the Great Recession, Happy's world takes a sharp turn when he loses his job due to corporate downsizing. Things go from bad to worse when he returns home to find his beloved wife in bed with another man.

Struggling to find stable employment in the midst of an impending divorce, Happy's misfortune plummets further with the sudden arrival of his lecherous older brother. The black sheep of the family, he tempts Happy with a 'stimulating' solution that's sure to raise eyebrows within his ultra-conservative family. Relocating to the decadent, hedonistic streets of New Orleans, Happy finds himself in the most unlikely position...as the manager of a sex store.

While listening, I was thinking this author did A LOT of research, but having the inquiring mind that I do, I looked up the author, and read somewhere he actually worked at an adult store in New Orleans. If this is true, we know the author's seen some crazy stuff, and I liked how he incorporated his experience and knowledge, into this work of fiction which was hilarious. I actually learned a few things; I never know there was an AVN. (When writing this review, I could not locate the article about the author, so take this information with a grain of salt.)

My "romantic at heart" self would have preferred a different HEA, but if there is a book two we'll see where the author takes us. The story started dragging towards the end, so I was ready for the characters to make a decision and for the plot to come to a stopping point. But overall, this was an entertaining, and funny read which I enjoyed listening too! However, this is one of those stories you cannot take serious, as it makes fun of a lot of different stereotypes, and views.

Arthur Byrd did an EXCELLENT job narrating. While some of the female characters were a little awkward, he definitely brought the story and characters to life, and added to the overall experience of listening to a really good audiobook!

What a great story about a major life change

You just gotta love Happy, coming out on top after a crazy life ordeal and a life changing experience

Which character – as performed by Arthur Byrd – was your favorite?

It took some time getting used to AB voice, but once you get used to it the narration is amazing

Book was too long for one sitting, unless you're on a long drive

I don’t usually read many books from this genre, but I really enjoyed this one. The narration brought the story to life and held my interest throughout. The story was well thought out, complete and will keep you listening. I will be watching for this author in the future.

* I was provided a free copy of this book from AudioBookBlast for an honest review.

This book would be a great read for someone really conservative and just dipping their toes into risque reading. At times, I was downright disappointed in the characters and their closed minds. It was nice to share the journey with the main character, Hap, as he pried open his mind and eyes to the sexual and sensual world around him though the journey felt excruciatingly slow at times.
I thought the dialogue was super cheesy sometimes, especially with his parents. Some of the accents the narrator used were just strange. I literally laughed at some points that I'm certain weren't meant to be funny, just based on the narration and not the content. I think the reader actually took some credibility from the story a few times because it was so silly.
I would recommend this book to someone not yet ready to read 50 Shades.

**This audiobook was provided by the author, narrator, or publisher at no cost in exchange for an unbiased review**

A tale of salvation via decadence. Clever narrative with some great quips in the dialogue.

That Happy finally found himself...accepted himself, and really did get Happy!

Which character – as performed by Arthur Byrd – was your favorite?

Yes, surprisingly it was!!

Happy and Candy have fallen into the old memorable routine...they are drifting apart..the economy is in the toilet, and stress is high! Happy is the manager of a christian book store and sales are way down..he gets let go. He comes home and finds his wife in bed with another man...this crushes him and his whole life changes. His brother Lucky comes into town and offers him a unique opportunity to manage a failing store in New Orleans, but doesn't tell him its an adult book store...Lucky decides to check it out...and ultimately finds himself again!

REALLY GREAT STORY, DECENT NARRATION AND I THOROUGHLY ENJOYED IT!!!

This was a somewhat funny story

I will say it like this. I enjoyed the story.The reader had me laughing when he would do the girl or women's parts.He sounded funny.The story was moving and kept me interested.

this was very entertaining and a fantastically written story. I really felt for these characters, weather I loved them or despised them or flat out hated them (at least for a little while). I thought this story would be all about the comedy and all about sex and porn, but it's not. it is a very great story of heart break and finding happiness! I would recommend it to friends but they might have a hard time getting over the title, please don't let the title put you off, yes it does have some outlandish things but it's also tame at the same time. please give it a try, you will enjoy it and maybe learn something at the same time.


Very good and very sexy story. It was what I was expecting. This was written with extremely good taste. A good and entertaining audiobook.

"SEX: Noun. Make sure you have some after reading this book."

It started out pretty funny, turned into a non-fiction guide book, then to a fictional story. Then to some religious undertones and with the protagonist narrating to the reader. I had expected a fully fictonal story here, but to me it was just a how-to book in how-to treat a woman, what-not-to-do, how-to use sex toys etc. There were conversations between guys and I felt this book was for guys only.

The narrator Arthur Byrd did a good job and I'm sure if this was purely fictional, he would be exellent. 4 stars to the narrator for doing his very best.