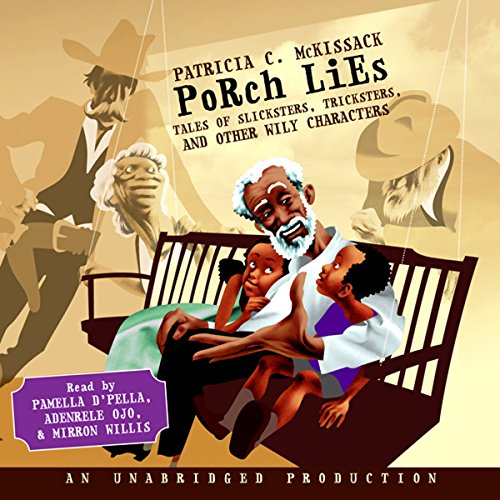 Master storyteller Patricia C. McKissack transports us to the front porch: a place where lightning bugs flash, lemonade is poured, and tales about slickster-tricksters are an every-night treat for the whole family to enjoy.

Here you can listen to "porch lies": tales filled with humor and exaggeration about characters like:

What listeners say about Porch Lies

just didn't care for this one. It was a boom club selection. I was bored.

love it, the stories were fun and entertaining, and the performance of each one was on point.i don't know if this was suppose to be a kids book but I'm long past that and I enjoyed it from beginning to end

Teachers, when you are teaching the students about slicksters and tricksters, this is the book. The characters are larger than life and like family. Great stories!