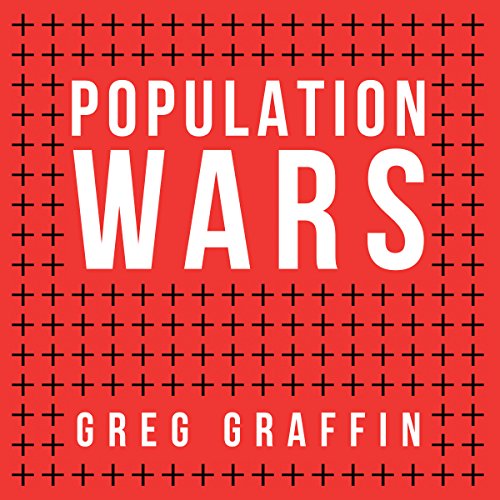 By: Greg Graffin
Narrated by: Tom Zingarelli
Try for $0.00

From the very beginning, life on Earth has been defined by war. Today, those first wars continue to be fought around and literally inside us, influencing our individual behavior and that of civilization as a whole. War between populations - whether between different species or between rival groups of humans - is seen as an inevitable part of the evolutionary process. The popular concept of "the survival of the fittest" explains and often excuses these actions.

In Population Wars, Greg Graffin points to where the mainstream view of evolutionary theory has led us astray. That misunderstanding has allowed us to justify wars on every level, whether against bacterial colonies or human societies, even when other, less violent solutions may be available. Through tales of mass extinctions, developing immune systems, human warfare, the American industrial heartland, and our degrading modern environment, Graffin demonstrates how an oversimplified idea of war, with its victorious winners and vanquished losers, prevents us from responding to the real problems we face. Along the way, Graffin reveals a paradox: When we challenge conventional definitions of war, we are left with a new problem - how to define ourselves.

"Through compelling examples and page-turning storytelling, Graffin shows how we got here and what we can do about it." (Michael Shermer, author of The Moral Arc)

What listeners say about Population Wars

LOVED IT. I've always had HUGE respect Greg Graffin since I first heard him sing in Bad Religion, and reading his thesis, then his books has done nothing but increase that respect. Having had the honor of meeting him in person twice was the two of the greatest moments in my life, and I value each piece of knowledge he shares with the world.

He inspires me to be a better Steward Of The Environment. Cheers to his all his works, and I hope he inspires more like me to come, so our world can achieve the Symbiosis he speaks of.

A multifaceted trip through the meaning of life

I bought the book as a fan of Bad Religion and Greg's previous book. As someone accusotom to Greg's voice as lead singer, not having him read his book was a bit distracting. This book also weaves an autobiographical thread into the story which feels odd as the narrator is in first person. Overall the book is an interesting listen for a broader perspective on life as we know it and how we fit into it.

As usual, a succinctly argued worldview and much food for thought food from Dr Graffin. Similar to his first book in that he tries to apply the lessons of evolution to the modern human experience.

Why did I wait this long?

This book is honestly amazing. Greg has always had a direct line to my senses of love and rage and this does not disappoint. The man has a true way with words and can back them up equally with wisdom. All I can say, is keep on kickin em out my friend, you are an inspiration and a kind soul. A man with a mission 😼

Delicious content and easily digested. This book educates on a deep level to the average person. Mind bending content that resonates.

I really enjoyed getting some insight into Dr. Graffin's mind more so than what I've already learned from Bad Religion. I agree with his world view and am thankful for the opporunity to see his perspective. Thank you for sharing your words with the world both through acedemics and music. You've forever changed my life. My only wish is that Greg himself narrated it.

Tales of interaction and responsibility

A fascinating look into the history of interactions between populations and how we should strive to interact in the future. Doctor Grafin is an excellent writer who makes sometimes difficult topics engaging and entertaining. This book also carries with it the ethical imperative that we become responsible stewards of our environment.