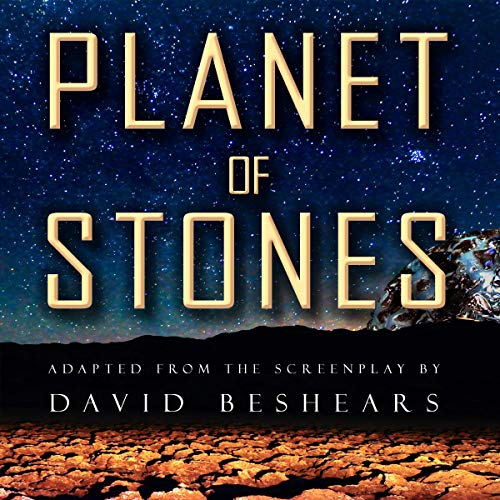 By: David R. Beshears
Narrated by: Craig Patterson
Try for $0.00

Lieutenant Connelly is one of six Monitors sent 100,000 years into the past to study the tribes of two recently discovered humanoid species. Each Monitor lives alone in isolated outposts located far apart from one another around Alpha Valley.

Connelly’s only companion is Box, a small AI device that he carries about with him in his pocket.

Two years into his three year mission, he is unexpectedly recalled to Central, an underground facility in the heart of Alpha Valley and from where he will be returning to Point Zero...home to the year 2058.

His journey back to Central includes several unplanned detours, having to deal with both the Littles and the Alphas, the two species he has been unobtrusively observing.

Reaching Central at last, Connelly and Box find that their mission wasn’t at all what they had thought it was...and that he won’t be going home quite yet....

What listeners say about Planet of Stones

A curious and fun story set in the distant future or past. I really enjoyed this s I do story. Reminded me of Ray Bradbury stories.

Planet of Stones is a very well written science fiction novella. I enjoyed the mystery and the two species of aliens. I thought it was very well narrated with none of the background noises discussed in another review.

This was an excellent short story!Craig Patterson was a fine narrator.I was given this free review copy audiobook at my request and have voluntarily left this review.

Must be beyond me

This started out promising but got slow quickly.

I almost felt like part of the story was left out.

The main character was rather one dimensional even for a short book.

I liked the narrators voice but the mouth clicks, background noise, and long pauses made it hard to listen to.