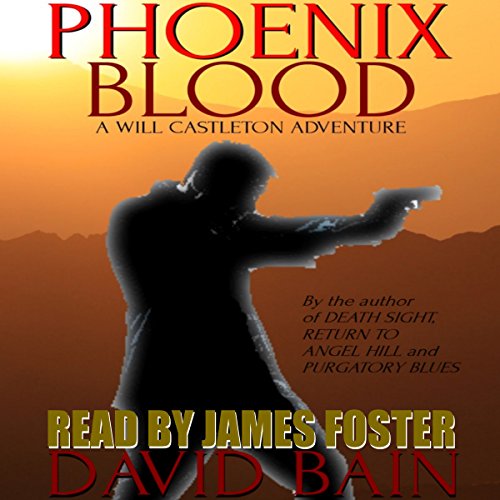 Phoenix Blood: A Will Castleton Adventure

By: David Bain
Narrated by: James Foster
Free with a 30-day trial

In this prequel to Island Ghosts: A Will Castleton Adventure, "slightly psychic" US Marshal Will Castleton receives one of his most powerful visions of danger while delivering a federal witness - all he knows is a blood-covered man holds a woman captive in an unspecified motel room. Within minutes Will is racing through the streets of Phoenix - can he fight and subdue the killer and rescue the woman, all while keeping his witness safe? This story was exclusive to The Friends of Bain Newsletter from Christmas 2013 through Christmas 2014 - David Bain gives his newsletter friends a new exclusive Will Castleton story every Christmas.

What listeners say about Phoenix Blood: A Will Castleton Adventure