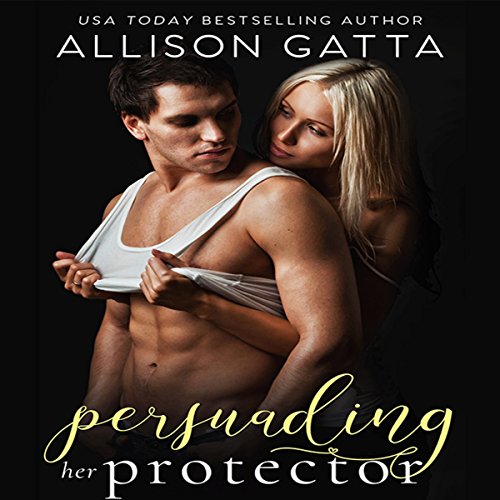 By: Allison Gatta
Narrated by: Audra Cook
Try for $0.00

Princess Ellaria Salvatore is accustomed to getting what she wants - regardless of whether she’s supposed to have it or not. But now that her brother’s arranged marriage has fallen through, she’s left brokering a deal that will save her country and her family from the clutches of war. And while it’s not out of the question for a princess to sacrifice her future for a husband she’s never met, this little hitch in the plan is standing between her and the one thing she wants most of all - her smoking hot bodyguard.

She knows that a man like Luca can’t bring himself to dishonor his station by having his way with her, but she can’t possibly leave forever without having one small taste of what might have been. So, left with no choice, she decides to do the one thing she has left: seduce him before time runs out.

What listeners say about Persuading Her Protector: A Napoline Royals Novel

Luca and Ellaria have grown up together, she a princess and he being groomed as the royal protector. Their love has grown through the years, but being in different stations in life prevented Luca from ever making a move. Now that Ellaria is set to marry, time is of the essence. Will they take their relationship to the next level? What will become of them? Ellaria is a wonderful woman to get to know. She knows her path is set because of she is a princess, and her sense of duty is strong. She does not want to disappoint her family, though her heart does not belong to the King she is set for. Luca is a man of honor, and struggles with his feelings. I loved this story as much as the first book in the series. This family, although royal knows their heart, and while a sense of duty is important, their happiness is brought to the forefront. Plus we get a glimpse of King Antone with his wife, Tess and get to know their little sister Reggiana a little more. This is a sweet, yet steamy listen and is easy on the ears!

Audra Cook continues the series, her narration is amazing. I have fast become a fan of hers, loving her voice. She has an easy stride and can switch between characters with precision. I loved her performance and she is becoming a one click for me!

Luca and Ellaria are the definition of love.

Luca and Ellaria are the definition of love. Gatta does it again. Persuading Her Protector goes beyond the fantasy of the fairytale and shows the power of love. Gatta and her Napoline Royals prove that love is not based on a title, but the strength of emotion. Cook lends her voice to a captivating tale of sacrifice and romance. I left my heart behind.