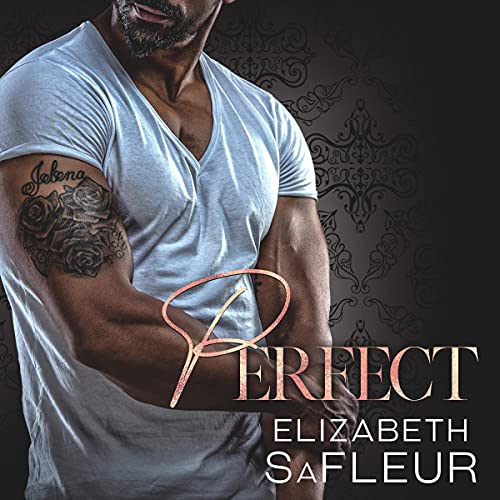 By: Elizabeth SaFleur
Narrated by: Anastasia Watley
Try for $0.00

To win her submission, he’ll have to lay to rest the dangerous ghosts of their past.

Isabella lost her husband years ago to his addictions. Abandoned in their silent home, rudderless, she lost herself, diminished to nothing. Now widowed, she’s returned a year after the funeral to finally dispose of that house. Alone. An epic mistake, with memories still echoing from the walls. When his brother Marcos appears, holding out his hand to help, calling her Ella in that commanding voice, her insides go warm, pliable, willing. Soaking up the strength and calm she’s been sorely lacking.

An ex black-ops operative, Marcos Santos did the right thing. He let Ella go to the arms of his brother, thinking she’d be safer. He couldn’t have been more wrong. Now he’s determined to make the most of his second chance with the woman who’s never left his heart. The woman who trusted the wrong man to be her Master. But before he can win the gift of her submission, he’ll have to lay the ghosts of their past to rest. Ghosts that are dangerous…and armed to the teeth.

What listeners say about Perfect

This book has lots of feels in it. It is written well and narrated beautifully.

I listened to Perfect and loved the characters, story, writing - just beautiful! This book conveyed how right Isabella and Mark were for each other and how their D/s relationship fulfilled each of them. Anastasia Watley did a wonderful job with the narration, especially Isabella's voice.

This one has everything in it to keep you happy! Intrigue, love, sex and a touch of violence. Anastasia did a fantastic job narrating it. She has a great voice.

This is a real page turner. It is full of so many twists and turns. It is a love story of a man that has waited so long for a chance at love and will do whatever it takes to protect her.

Isabella and Mark have a chance at love a year after the death of Isabella’s husband, who was also Mark’s brother. A relationship between Isabella and Mark is forbidden by Isabella’s family for religious and moral reasons. The chemistry and bond the couple shares is well portrayed in the writing and I warmed to them easily. The writing is great and the characters were mature and admirable as they navigated their way through grief and forgiveness on their road to peace. The novel includes some suspense, danger and intrigue, heightening the emotion and heart-beat factor in the story-line. It was also a very steamy story.

This is my first novel by Elizabeth SaFleur and I thoroughly enjoyed it. It’s the third in a series of stand-alones, but you don’t need to read the first two to enjoy this book three.

This novel starts with a note from SaFleur about Dominance and Submission roles and how popular fiction often misrepresents them as involving BDSM. However, in this novel the characters are drawn to Domestic Discipline (DD). It’s a consensual arrangement where one party assumes the Head of Household or Dominant role, and the other person takes on a Submissive role. Each couple modifies the lifestyle to their needs as did the couple in this book. At home they adhered to these roles with Mark being the dominant one, but in public, Isabella’s feisty nature was encouraged and her career ambition also respected and promoted. At home, she was submissive.

It’s been a fascinating experience for me as a reader to learn about this lifestyle – this couple were happy within the model they set up for themselves and they seemed content with it so who am I to judge if in real life, couples do the same?

What a pleasure to hear narrator Anastasia Watley perform. I loved her representations of the characters and I enjoyed the smooth transition between male and female characters and their varying accents. This is my first Elizabeth SaFleur novel, but I’ll be going back to books one and two in this series because I enjoyed the writing, and the same narrator performs those audio books. I know it will be a pleasant Audible experience.

I really enjoyed this audiobook. It had a great combination of action, suspense, and romance. I loved seeing the characters grow and develop trust with each other. The narrator is great, she seamlessly moved between male and female characters, giving each one a distinct sound. You won’t regret spending your time lost in this story!

Very glad I gave this a chance!

This is the first book I have read/listened to from this author, it will not be the last, the one clicking has already commenced! In an effort to be open and honest I was given the promo code for this book. But again, I have already purchased the ebook and audio book of the first in this series so have put my money up as I hope you will. On to the book review.

As the introduction played my first thought was I don't think this is going to be for me, then as she spoke of respecting people's choices and decisions it really spoke to me, while this not be my choice I can learn more and be respectful. So I started the book.

I was quickly pulled into the story, you are quickly immersed in emotions alot of Them!
The next time I remember being pulled out of the story was at the first hurdle she faces at the club, I pulled away from the story and thought and here we go.... expecting her to handle the event like a immature airhead, but I was Wrong! This is what made this book stand out for me, this pair of characters were intelligent, strong, and smart enough to realize that facing things as a team was the best way!

This book was easy to listen to as a standalone, yet it is part of a series. I did not feel I missed anything coming in at book three but I do want more details and the back stories of some of the mentioned characters so I am going back and starting at book one.

This book has intelligent, strong, emotionally mature characters. It has a nicely paced action filled storyline. It has realalistic relationships. And it has some very well written, hot and steamy sex!

I did enjoy the narrator, and think she gave life and personality to the characters.

Highly recommend this book, very much worth the investment of your time and money.