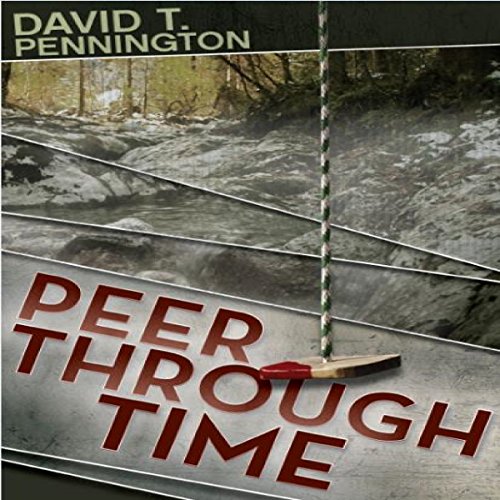 By: David T. Pennington
Narrated by: April Barrow
Try for $0.00

In 2079, a time travel experiment sends physicist Carmela Akronfleck further back in time than she'd intended. Though she's still in her small northern California town, the year is 1936 and she must learn to live without the technology she's come to rely on. Her neurological implants should be dormant, but she receives a cryptic message, periodically accompanied by an audio transmission from the future. It's the voice of her former psychotherapist, an android named Kass, stating his innocence in a series of murders occurring in 2079.

When Carmela deciphers the code as a hit list, she's shocked to discover her mother and sister are among the intended targets. Further evidence reveals the killer's true identity, but the inoperative time portal prevents her from returning to save her family and vindicate Kass.

She considers another option: hunt down the killer's ancestors and avert his existence without radically changing history. She devises a plan to protect her family, haunted by doubts that she's becoming the kind of person she's always loathed - one willing to take another's life.

What listeners say about Peer Through Time

Repetitive does not begin to describe this book. The basic premise is sort of interesting but it could really benefit from a good editor cutting out about half to make the story flow better. Restating a single dilemma for more than 3 chapters does not build suspense, it just makes me skip forward to a more interesting section. Some characters have more than 1 name making it a bit difficult to follow. And finally, as with another currently popular book series that features time travel, I don't believe for a minute that people go from late 21st-century tech and mod-cons to living in rural California in the mid 1930s without overwhelming culture shock! No electricity, no phone, no problem - not a chance. In fact one scene set in 1937 involves divers and helicopters! Really! Helicopters were not widely used until after the Viet Nam War! SCUBA was not available until late 50s. Diving bell, maybe but even though this is time travel, you can't change the world that much when you can't control when you travel to.

Peer Through Time is filled with twists and turns. The narrator's interpretation of the story's antagonist is chilling an the ending left you wanting more.

I would, and have, recommended this book to several others. The effort Pennington put into developing the story arcs and plot lines to ensure that the tangle of time travel all unfolded correctly is phenomenal. I can only imagine the intricacies of his storyboard as he mapped out the sequence of events to make the story resolve itself as desired. Well done!

It's hard to say which character I liked best, as they all had endearing qualities and equally less endearing sides to the characters, and I see that as a strength. However, I did find myself rooting for the android Kass, who was struggling to understand himself as a life form.

What does April Barrow bring to the story that you wouldn’t experience if you just read the book?

April brings a wide variety of voices which gives the sense of a high production undertaking without requiring a cast of half a dozen.