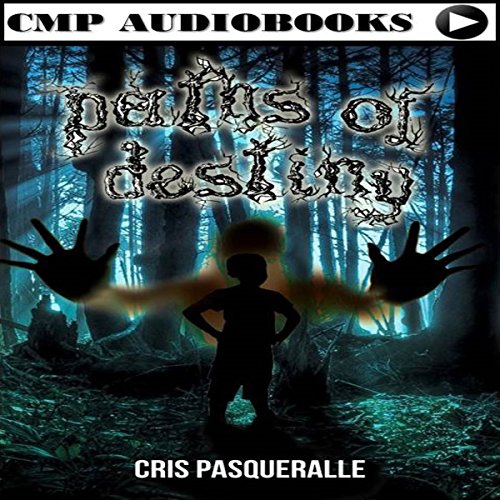 By: Cris Pasqueralle
Narrated by: Heather Jane Hogan
Try for $0.00

Wizard twins Jack and Maddie Austin have been separated, finding their own paths while discovering their powers. In this continuation of Destiny Revealed, Jack wants nothing more than to defeat the evil Tardon, a constant threat to his family's lives, but Maddie has been given a different perspective. Only when the two are reunited can the truth be exposed. As new friends and enemies join the adventure, only one thing is certain: the twins are stronger when they're together, and together, they can defeat evil once and for all.

What listeners say about Paths of Destiny

Second in the Series

This is the second in this series and really just as good as the first. This one picks up shortly after Destiny Revealed ended and shows where Jack and Maddie are and what they have been doing. Jack still has issues and is sometimes still a sullen kid, but I loved watching him grow and change. Maddie is still naive and sweet but is coming into her own. The characters that we get to know and love in book one are here again.

There is an emotional roller coaster through this book with betrayal on several levels, tough decisions, jealousy, and danger. Most of the new characters we met, I liked. Some I wasn't sure about to begin with but the author did a good job weaving them into the story and making them a part of it all. Overall, this series is great.

I bought this one because my kids enjoyed the first one so much and I have to say, they loved this one as well and are impatiently waiting on book 3 to come out!

It was a 5/5 for us. Great continuation on this story.

Better than book one

Jack is back in the world he was born in, Maddie is still in the magic realm, as well as their family. With the help of an assumed friend, Jack returns to the magic realm to try to find his sister. They are stronger together, but we are to find out if remaining together is possible. Maddie is learning things that contradict what she’d been told until now. Throughout the book, the twins try to determine what truth, if any, lies in what they’ve been told.

This is the second book I’ve read/listened to by this author and I would listen to another. I liked this book more than the first one and look forward to learning more about the fate of the twins.

This is the first book I’ve listened to by this narrator and I would listen to another. The voices she chose for the characters were distinct and enjoyable to listen to. She does a rebellious teen well. She narrates clearly so I was able to increase the listening speed.

Great continuation of a fun adventure!

Great continuation of a Magical adventure (Destiny Revealed) that has the heart of family by blood and well met in a time of crisis. Twins search for each other and what their destiny means for all the realms.

Don't miss out on this wonderful tale. A great follow up to a fantastic series.