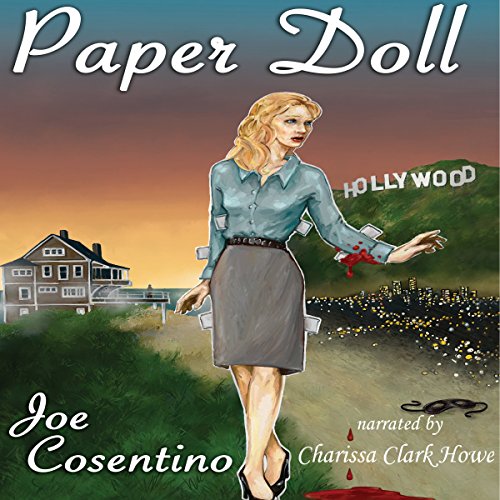 Jana Lane was America's most famous child star until she was attacked on the studio lot at 18 years old. Now a 38-year-old beauty and mother of two living in a mansion in picturesque Hudson Valley, New York, Jana's flashbacks from her past turn into murder attempts in her present.

The local suspects include Jana's down-on-his-luck husband with a dislike for living off the fruits of his wife's young labor, Jana's sister and male friend (who both have eyes for Jana's husband), Jana's show business father, her deranged loyal fan, and Jana's young Guy Friday who covets her fame and shares an uncanny resemblance to Jana.

Forced to summon up the lost courage she had as a child, Jana visits the California movie studio she once called home. This sends her on a whirlwind of visits with former and current movie studio personnel. It also leads to a romance with the son of her old producer - Rocco Cavoto - the devilishly handsome filmmaker who is planning Jana's comeback both professionally and personally. With Rocco's help, Jana uncovers a web of secrets about everyone she loves, including the person who destroyed her past and threatens to snuff out her future.

This is an interesting and entertaining audiobook filled with sad insights into the lives of child stars and the entertainment industry in Hollywood both past and present. It is a great psychological thriller that has mystery, intrigue, disturbing twists and some great surprises. The narration fit the book well and she did a good job of giving the characters individual voices. Overall this was a suspenseful, enjoyable book and I will look forward to more Jana Lane mysteries. I received this audiobook from the author in exchange for an honest review.

Jana Lane has been out of Hollywood for 20 years since a breakdown that left a hole in her memory. Now 20 years later she is having nightmares bringing up bits and pieces of her past.
There is a lot going on in this book. New characters are introduced constantly and you can't help but say ooh they are the killer each time. The action keeps building and the twists and turns at the end were astounding. I was in awe when who the attacker was and why was finally revealed.

Charissa Clark Howe did a fabulous job narrating this story. She brought Jana to life and really pulled me into the story.

If you like mystery, suspense, drama and psychological thrillers I think you will enjoy this book!

I really liked this book. It was interesting to get an inside look at a child star with an actor parent, considering a return to screen as an adult. I liked the characters and thought they were well-developed. Every time I thought I had a mystery solved, I was proven wrong, so it kept me guessing.

I listened to the Audible audio version of this book narrated by Charissa Clark Howe. I thought she did a good job connecting with the characters and the audience.

Overall, this was an entertaining book. I'm glad I had the chance to listen to it, and can't wait to see what happens in the next book.

This is a fun cozy mystery with no graphic sex or violence. The story takes place in 1980 Hudson Valley, New York with former child star Jana Lane (Nancy Drew type) as the main character. She was attacked after her last movie 20 years ago but cannot recall the attack or most of the year that followed. While Jana tries to piece together the past, she is having dreams and flashbacks. Murder, mystery, intrigue, and family secrets prevail! There are twists and turns and then - a surprise ending! This is the first book in a series but it stands alone. I am completely hooked and can't wait to listen to the rest of the series!

This is a good mystery with lots of twist and yurns and well developed characters. I thought the pacing was a bit slow and I skipped ahead. otherwise it would be 5 dtars. Vharissa Hoee fg I'd a very good job bringing the characters to life.

Not your typical cozy mystery

Very entertaining, enjoyable and engaging story. This is one of the better cozy mystery stories that I have listened to. The story is more complex and intriguing than a typical cozy mystery. A really good mixture of suspense, intrigue and mystery wrapped up in a story that keeps you guessing until the end.

The story takes place in 1980 before Ronald Reagan was elected. So before the era of everyone having cell phones.

The life of a child star is not an easy one. It is however different, unusual and exciting. Unfortunately, for Jana Lane what was a kind of fairy-tale childhood growing up in the movie industry was shattered in one horrific incident. Changing her life forever.

The truth of what took place 20 years ago has been covered up. The cover up was done was perpetrated by people Jana trusted. Secrets have been kept. So many secrets. How far will they go to keep the truth hidden from her now. The truth always has a way of coming out sooner or later.

Large cast of interesting characters that keep you constantly giving you a new suspect to consider.

The story really does a good job of twisting and turning keeping you constantly guessing to who the "bad guy" really is, who is doing what and what is exactly going on. There were so many times it seemed as if the story was going one direction then boom, left turn and you have to start all over again trying to figure out the mystery.

Charissa Clark Howe does a good job with the narration. This is the first time I have listened to a book she has narrated. Her narration fit the story. She has a pleasant voice. Easy to listen to for long periods of time. She has some really good character voices even though there is not much difference between her male and female voices at times. This doesn't take away from the story, you always know who is speaking. She was able to bring the story and characters to life through her narration. Overall very enjoyable

Right off the bat the audio quality fluctuates.

Chapter 4- they are talking about their mother then all the sudden…. the car flew upward and Tamara's large feet hit the ground …..then they are sitting in the kitchen. So something is out of order.

I was voluntarily provided this free review copy audiobook by the author.

Another Great Mystery by Joe Cosentino

Joe Cosentino does it again with his period mystery, Paper Doll.

Jana Lane is a former child star who is offered the chance to make a comeback twenty years after her last picture. She is reunited with several of the people she worked with as a child including her former co-star who is now producing the film that she is to star in.

As things unfold Jana begins to wonder if she might be beginning to suffer another nervous breakdown like she did all those years ago as a child actor. Is someone stalking her? Is someone trying to kill her? Finally, could she be the one doing the killing as she suffers from multiple personality disorder?

So many questions and Joe Cosentino keeps you guessing almost until the very end. I loved this book and can highly recommend it to anyone who just likes a good old fashioned mystery. I will be listening to more in this series.

Great mystery plus a touch of romance

If you could sum up Paper Doll in three words, what would they be?

Jana, of course. She was both strong and vulnerable, and she grows as the story moves along. I look forward to following her adventures in the next Jana Lane mysteries.

What does Charissa Clark Howe bring to the story that you wouldn’t experience if you just read the book?

She makes the story clear, with good pacing, emotion, and distinct characters.

This story grabbed me from the start, and kept me guessing. Whenever I though I knew who did it, something came up to change my mind, and then I was totally surprised at the end. A very well crafted mystery, great characters, and full of both romance and humor. This is a great listen that you won't want to stop.