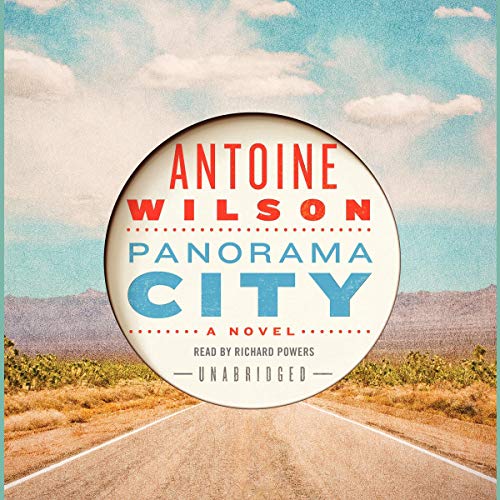 By: Antoine Wilson
Narrated by: Richard Powers
Try for $0.00

With its blend of fool’s wisdom and deeply felt humanity, Panorama City is heir to Marilynne Robinson’s Gilead and Steve Martin’s The Jerk.

From his deathbed*, 28-year-old Oppen Porter - an openhearted, bicycle-riding, binocular-toting, self-described “slow absorber” - unspools into a cassette recorder his tale of self-determination, from “village idiot” to “man of the world”, for the benefit of his unborn son.

Told in an astonishingly charming and wise voice, Oppen’s account traces 40 days and nights navigating the fast-food joints, storefront churches, and home-office psychologists of the San Fernando Valley. Ping-ponging between his watchful, sharp-tongued aunt and an outlaw philosopher with the face “of a newly hatched crocodile”, Oppen finds himself constantly in the sights of people who believe that their way is the only way for him.

Oppen Porter is “an American original” (Stewart O’Nan) for whom finding one’s own way is both a delightful art and a painstaking science. Disarmingly funny and surreptitiously moving, Panorama City makes us see the world, and our place in it, with new eyes.

“Charming and absurd, very funny and, best of all, humane through and through.” (Paul Harding, Pulitzer Prize winner and New York Times best-selling author of Tinkers)

“Panorama City...is filled with joy and wonder and a sort of goodness you had stopped believing might be even possible.” (Peter Carey, New York Times best-selling author)

What listeners say about Panorama City