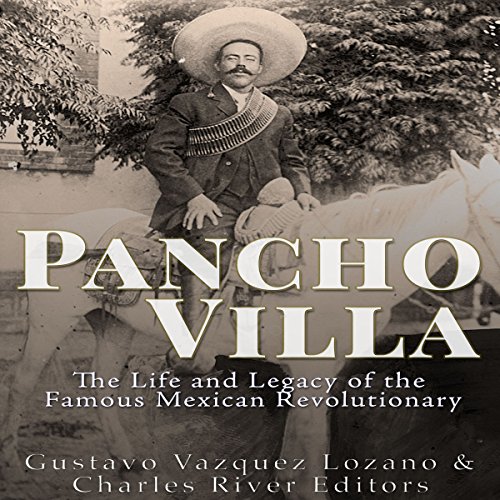 Pancho Villa: The Life and Legacy of the Famous Mexican Revolutionary

"My sole ambition is to rid Mexico of the class that has oppressed her and given the people a chance to know what real liberty means. And if I could bring that about today by giving up my life, I would do it gladly." - Pancho Villa

"Pancho Villa," people whispered at the beginning of the 20th century, "can march 100 miles without stopping, live 100 days without food, go 100 nights without sleep, and kill 100 men without remorse." The legend of Francisco Villa is full of heroism, tragedy, and romance. It is the story of a poor farmer boy who became a bandit out of necessity, after avenging an injustice on his family; a military genius who flew from an oppressive government to lead the largest revolutionary army in his country's history, and defeated dictatorship to become Mexico's liberator, only to fall again in disgrace when his troops abandoned him or were massacred by the enemy. Pancho Villa and his cavalry, Mexicans point out with a certain amount of pride, invaded the United States, and although they came and tried to capture him, they never found him. This is, at least, the version that most of them know, but it's certainly not the same as in their textbooks.

The story of Francisco Villa bypassed official censorship from generation to generation, like leaves sailing at full speed on the surface of a stream. But the historical reconstruction is full of nuances. Was he a freedom fighter, or a bandit? Was he a Mexican Robin Hood, or a thief and a murderer? Was he present when his troops invaded US territory? Was the advance of his famous "Dorados" (the "golden ones," the name of his troops) the cause for joy, or terror among the people as they passed the countryside towards Mexico City? Pancho Villa´s personality has been controversial since the very beginning of his career as a general of the revolutionary army.

What listeners say about Pancho Villa: The Life and Legacy of the Famous Mexican Revolutionary

Did the dude reading have to do stereotypical Mexican accents?

And would it be that hard to get someone that is reading a book about Hispanic people and places to be able to say those Spanish names correctly?

Read the story line and that’s it.

Read the book and leave the accents out. We are not trying to hear this ridiculous accents. It’s almost as if you’re making fun of the way Mexicans speak.

The story and interesting but listening to the narrator destroy the Spanish language was hard to handle.

Too basic not enough detail

could have added more facts narration could have been a lot better is spansish. didnt like the mexican accents.

Not what your looking for.

To short, very basic. I felt like I was listening to a preview of a movie.