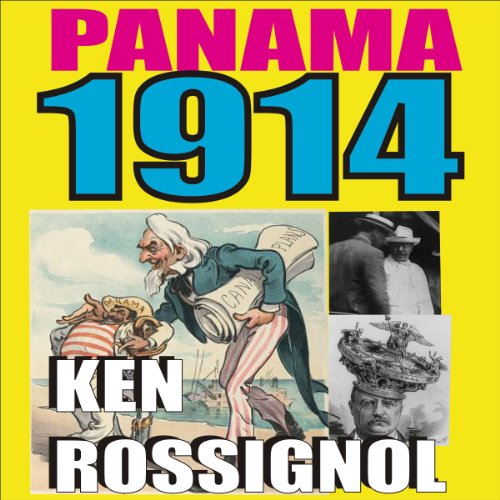 Join this great voyage through the history of the Panama Canal, which is, one hundred years after its completion, on the eve of a new chapter in its spectacular history. From the early explorers, many seeking a critical water connection between two of the world's great oceans to the determination of the best engineers of America, the BIG DIG finally opened for shipping - you can be on board! What stood in the way of making this canal a reality? Dense jungle, bottomless swamps, snakes and wild animals, endless mountain slides, vicious mosquito borne illnesses, hostile Indians, marauding pirates and buccaneers, and jealous colonial-era world powers, just to name a few.

The story of the Panama Canal is told in this audiobook through the original news reports of the day along with the construction efforts, that appeared in many publications. In addition, the detailed chronicles of veteran newspaperman Logan Marshall have been restored, edited and abridged by the author. The story told so well one hundred years ago has been newly enhanced, researched and the verbiage brought up to date.

Panama 1914 provides the reader with a full understanding of the aborted tries, the competing routes, and the lambasting of President Teddy Roosevelt at the hands of the press as well as interesting anecdotes of history.

What listeners say about Panama 1914

The author has done a great job of researching this book. It takes you back in history as if you are right there when it happened. You learns the details and the how and why of the building of the Panama Canal. By using wording from all original documents, Mr. Rossignol accurately portrays the mindset of those involved.. The politics of the time are outlined which helps the listeners understand what was involved.. A great portrayal of the history of this important development.

What did you love best about Panama 1914?

The background about the Panama Canal that Ken has found.

What other book might you compare Panama 1914 to and why?

Titanic 1912 because of the history.

I have been to Panama and also gone through the Canal. In spite all the speakers I heard, I never learned a small portion of what I learned from Ken Rossignol's book. This book is not for the light reader. I wished for a large map of the area so that I could follow along as the names and countries changed. I recommend it for someone who really enjoys reading about history