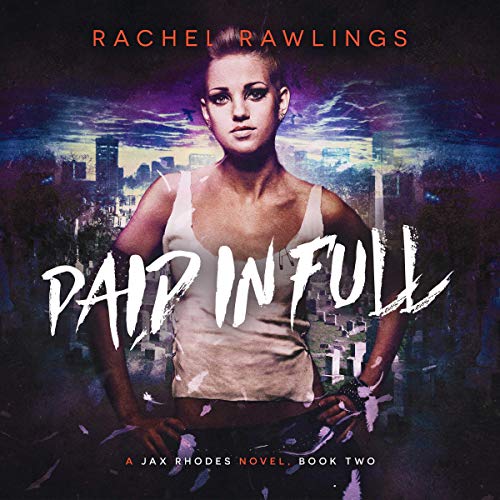 By: Rachel Rawlings
Narrated by: Sheila McLey
Try for $0.00

Jax Rhodes is back in the heart of Baltimore's underbelly, trying to find her salvation and save the world. The Devil has been building his army of demons, waiting for the perfect moment to release them. He can’t do anything without Jax, though. It’s the only advantage she has. More than that, there are whispers that the Devil has greater plans for her than just joining his legion of demon soldiers. He wants her by his side - as his partner.

While attempting to keep the Devil at bay, Jax is still searching for the Spear of Destiny. It’s the only way to prevent the Devil from getting what she wants. It also means that Jax will die. As last of the Nephilim, Jax is the only tool the Devil has at his disposal. If she’s dead, humanity is safe. Regardless, Dane - a charming Sin Eater who’s as stubborn as he is beautiful - refuses to let her fade away and will do anything he can to keep her in the light.

It’s life or death for Jax, quite literally. If she decides to risk it all and stay alive, the Devil will use her to unleash his demons into the world, condemning humanity to a Hell on Earth. If she decides to find the spear and kill her self, she will never receive the salvation she has been searching for. Jax must decide before it’s too late and a decision is made for her.

Paid in Full is the second book in the fast-paced Jax Rhodes urban fantasy series. If you like modern takes on old legends, romantic twists and turns, and battles for the fate of humankind, then you’ll love Rachel Rawlings’ infernal adventure.

What listeners say about Paid in Full