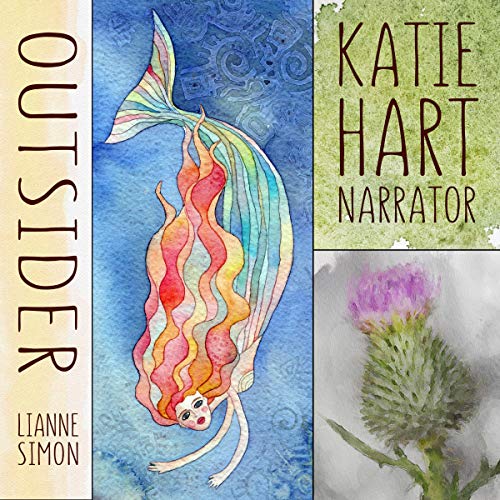 By: Lianne Simon
Narrated by: Katie Hart
Try for $0.00

In the closing hours of World War II, an experimental weapon meant for London struck Eilean nan Sìthean, a remote Scottish island. Within 48 hours, all of the men there died. Six months later, the few women who survived gave birth to the children of the plague - the Fair Folk of Scottish mythology, reborn. Nearly 70 years later, a young gold named Màiri discovers an outsider washed ashore - the first human she’s ever seen. Saving his life would mean spending the rest of her days with a stranger, the sworn enemy of her people. But she cannot let him die alone.

What listeners say about Outsider

The story is great.

The storyline is great. The performance of the narrator was also great. The accent used fit perfectly with the storyline. However, it seems incomplete. This was a short storyline. I hope the author will comete their story in another book.

Outsider: A Forbidden Island Short Story by Lianne Simon is a short story set on Eilean nan Sìthean, a remote island of Scotland forgotten about by the rest of the world. I'm not going to pretend to even think about spelling any of the Gaelic words (except for the few I've picked up looking inside the ebook version), but it's a beautiful story of a young fairy named Màiri who is on the cusp of bonding to her soulmate and, maybe, changing gender as part of this.

For the Daoine-Sìth (see, copy+past Gaelic! :) ), their biology is different from the "outsiders" - mankind. They become one or the other during a bonding where they are magically linked to their soulmate - which one they become is much of a coinflip.

The Fair Folk of Eilean nan Sìthean rightly fear mankind. As the backstory in the blurb says, a weapon of war struck their island and killed off a large portion of those who lived there. There they live, isolated from the rest of the world, never seeing a human.

Until one washes ashore, near dead. What follows is a beautifully written and narrated account of Màiri as she fights to save the outsider.

Narration by Katie Hart was top notch. I can only assume the pronunciations were correct. Hart's voice suited the story perfectly. Just right for narrating a tale of Scottish fairies. A few minor issues with sound quality towards the end where it sounded like... I can only describe it as sounding like speaking too close to the microphone and making an odd sound. Not enough to put me off, but enough for me to notice. Other than that, I loved Hart's reading.

One last thing, and something I'm thinking of including a little more often in my reviews - check out the cover art! I know you're not supposed to judge books by their covers (a load of codswallop if you ask me, there are perfectly valid reasons but I won't get into them here) - but I love the artwork on this. A gorgeous watercolour mermaid if ever I saw one.

A perfect and unique story that is read well and really shows off Scottish mythology in a good way. That make you interested in a good way.

Some beautiful narration and a wonderful story which go hand in hand!

I absolutely loved it!

Amazing! What a unique short story, love the Scottish mythology. What a beautiful Scottish voice Katie Hart has, perfect for bringing the story to life. She's a great narrator. Would recommend!

A magical journey of self-discovery.

The strange world of Outsider captures the beauty and the terror of beings whose gender is assigned not at birth but at adolescence, when they must discover and navigate their future...

A tale of twists and turns, prospects and surprises, set on a Scottish island exposed to radiation a few generations back and shunned by the outside world. The inhabitants are only vaguely aware of how different their various mutations are, yet somehow they must bond and reproduce.

Beautifully brought to life by the soft lilt of the narrator, who invests each character with a distinctive and engaging persona.

All in all, an audio delight.

Absolutely loved it! A different take on Scottish mythology and magical from beginning to end!