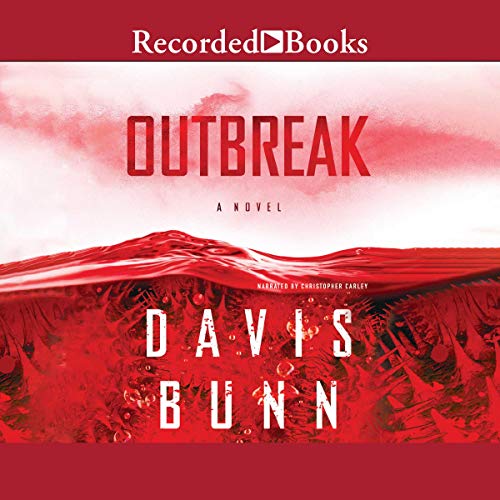 By: Davis Bunn
Narrated by: Christopher Carley
Try for $0.00

The waters off the West African coast are a menacing red, full of algae thick enough to stand on in places. In nearby villages, mysterious deaths start to occur - and the panic mounts. But before an alarm can be sounded, the sea currents shift, the algae vanishes, and the deaths stop. Everyone is relieved when things return to normal, and local government officials are happy to sweep the publicity nightmare under a rug.

An American biological researcher, Avery Madison, is dispatched by his employer to piece together exactly what happened, having long feared an ecological disaster just like this could occur. He's had little evidence to go on before now, and what he finds in West Africa is rapidly disappearing. But Avery knows the danger hasn't disappeared - it has just moved on.

When parts of the Caribbean start turning a familiar red right before hurricane season kicks into high gear, the implications are clear. If Avery and his colleagues can't convince the world of what's about to happen, toxic destruction could be loosed on American soil.

What listeners say about Outbreak

I found the story held my attention and could not wait to get back to it. I just wish I could believe that nothing like this will ever happen. A good mystery andI hope there will be a sequel.

Couldn't stop listening to the story!

We really enjoyed "Outbreak."
We would have liked the volume to be louder. It was difficult to follow in the car because of car & outside noises. (Other Audible boo(s have been louder.)

Mr. Bunn is excellent at descriptions which can be seen in the mind’s eye. Would love to see more books like this. The characters are quite memorable. Some intense moments that had me sitting on the edge of my seat.

How does He do it?

Bunn wrote a story that so mirrors the COVID19 crisis it shocks. Excellent work. I enjoyed it thoroughly.

This story is well-written and well-told. Nothing disgusting in it, yet has international crime and one on one relationships.