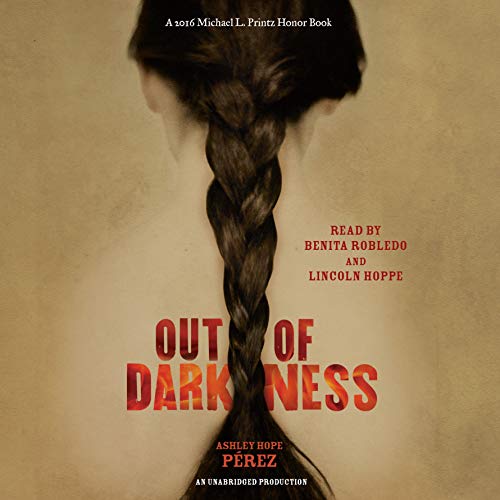 "This is East Texas, and there's lines. Lines you cross, lines you don't cross. That clear?"

New London, Texas, 1937. Naomi Vargas and Wash Fuller know about the lines in East Texas as well as anyone. They know the signs that mark them. They know the people who enforce them. But sometimes the attraction between two people is so powerful, it breaks through even the most entrenched color lines. And the consequences can be explosive.

Ashley Hope Pérez takes the facts of the 1937 New London school explosion, the worst school disaster in American history, as a backdrop for a riveting novel about segregation, love, family, and the forces that destroy people.

What listeners say about Out of Darkness

What a glimpse back in time! :(

I qas drawn to this story because I'm Mexican American and my dad was from Texas. he would've been about the same age as the twins. Despite being Mexican, his birth certifies says he was white. I wish I could ask him how his experiences compared to those in this story.

This was hard to put down and the ending had so many unexpected twists and heartbreak. I was in tears. so well portrayed. I loved this story and I hurt, laughed and loved right along with the kids and Wash.

Prejudice is so depresssing

Movies make me cry sometimes, but books rarely do. But I cried for the hopelessness, ignorance, false superiority portrayed in this book. Prejudice....what a stupid, ignorant mindset.
Narration very good.

Gripping story from start to finish

This was not a fun read, but a must read. I felt more and more broken and helpless as I tumbled deeper into it. Yet the books' conclusion offers a glint of hope and optimism for the future. I feel stronger for having endured this novel and the hard truths about our past that it contains.

Without Public Rant, How Many Would Discover a Gem

Fortunately, there was such a rant. Curious, I found this and am grateful to the mother who had a public temper tantrum. Being a member of a very diverse family, we’ve always discussed history in that context with our children, so this story would not ever have been out of the question in our home.

As for the story, it’s a realistic depiction of the lives of children in East Texas in the late 1930s. Tragically, the time could be up to now. Having grown up in West Texas myself (where the collective mentality isn’t any different) and seeing first hand in the late 80s and early 90s how teachers would lose their minds at children speaking Spanish, this was a difficult, heartbreaking listen.

For parents who have a more reality-based approach to parenting, this is a good conversation starter for you and your family.

painful and devastating. poetic and beautiful. brutal and honest. it takes courage to read this.

The writing of this haunting story is superb. It is one of those historical fictions that feels so very real that I want to research the characters and events despite the author's note at the end.