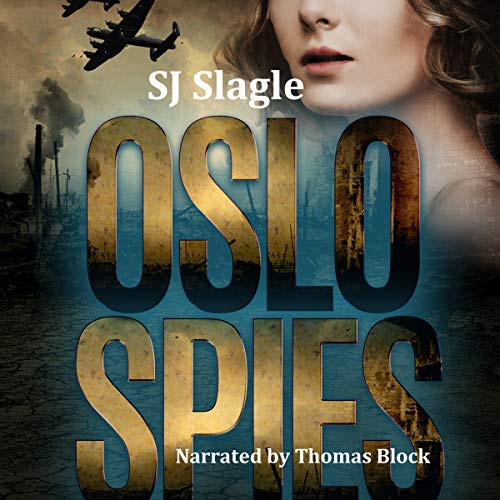 Norway is a destroyed country at the end of World War II. After a seemingly endless five-year German occupation, Norwegians have lost more than imports and exports, everyday goods and services, communications and social events. Norway lost more than 10,000 men and women in the resistance, as well as in slave labor and concentration camps scattered throughout Europe.

Norway lost hundreds of teachers and religious leaders who died resisting Vidkun Quisling, the head of the Norwegian Nazi Party. Quisling’s demands for Nazi indoctrination to be taught in schools and churches forced teachers and pastors to quit their posts and work underground. The people of Norway lost more than all these things: Norwegian children were deprived of their childhoods, one of the most precious commodities of all.

It seems a horrendous assignment for Phyllis Bowden, a young woman in military intelligence assigned to the Office of the Military Attache in the American Embassy in Oslo. Her official tasks include secretarial and intelligence duties, and finding families of lost loved ones. These office duties, as tough as they may be, pale when she’s faced with something that occurs outside the office.

Phyllis finds a runaway child in a café bathroom one night, beginning her most difficult task: what to do with the little girl labeled a quisling because her Norwegian mother married a German officer. A contentious purge has overtaken the country and quislings are not to be tolerated. But the girl has been tortured and abused by the time Phyllis finds her. Should she save the child, and if so, how? Any way she tries may have international consequences.

Meanwhile the love of her life, Joe Schneider, an MI5 agent, has disappeared in Romania while on assignment. Between nerve-wracking tasks in her job, trying to decide the fate of the little girl, and being heartbroken over Joe’s disappearance, Phyllis is in for the biggest struggle of her young life and intelligence career.

What listeners say about Oslo Spies

Oh my gosh, the narrator...

How do I get past the terrible narration in this book to even know if I like it? It's like listening to a robot read a book, or worse. I was PRAYING that when it sounded like it was going into a sex scene, that there wouldn't actually be a sex scene. It would be like hearing a bored grandpa talk about sex with a boring grandma. And the women in the story sound like they are 105 years old. Not a good read at all. I may have to get the book and try and wash out my brain with bleach to keep from remembering how it was read by the narrator in the first place. Why do they use this guy??? Gaahhh!

I didn’t finish listening to the story because the narrator was so wooden, I thought it was a machine voice. I will go and by the book as I want to experience the story, but next time change the narrator.