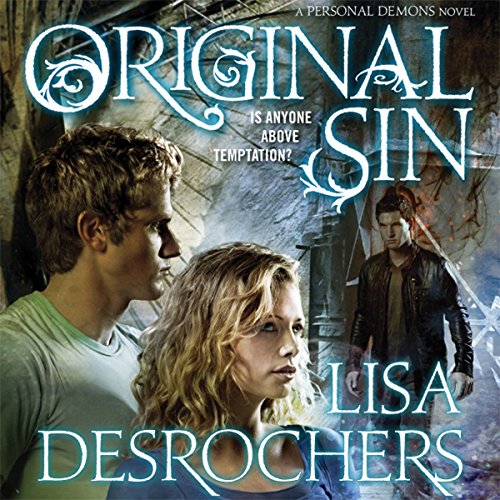 By: Lisa Desrochers
Narrated by: Michael Nathanson,Sara Barnett
Try for $0.00

Luc Cain was born and raised in Hell, but he isn't feeling as demonic as usual lately... thanks to Frannie Cavanaugh and the unique power she never realized she had. But you can't desert Hell without consequences, and suddenly Frannie and Luc find themselves targeted by the same demons who used to be Luc's allies.

Left with few options, Frannie and Luc accept the protection of Heaven and one of its most powerful angels, Gabe. Unfortunately, Luc isn't the only one affected by Frannie, and it isn't long before Gabe realizes that being around her is too tempting. Rather than risk losing his wings, he leaves Frannie and Luc under the protection of her recently-acquired guardian angel. Which would be fine, but Gabe is barely out the door before an assortment of demons appears - and theyre not leaving without dragging Luc back to Hell with them.

Hell won't give up and Heaven won't give in. Frannie's guardian exercises all the power he has to keep them away, but the demons are willing to hurt anyone close to Frannie in order to get what they want. It will take everything she has and then some to stay out of Hell's grasp. And not everyone will get out of it alive.

What listeners say about Original Sin

this one was kind of a disappointment, it kept dragging through the same stuff over and over and just really annoyed me. almost so much that I didn't want to finish it. but I finally did. hope the last book is better than this one.