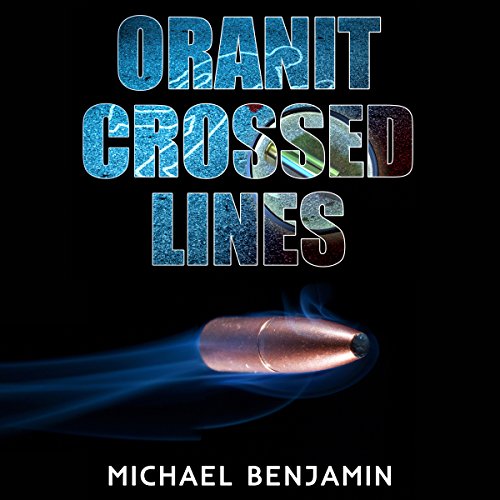 By: Michael Benjamin
Narrated by: Eric Martin
Try for $0.00

Israelis and Palestinians cooperate to make a difficult situation worse. Good people, doing bad things for the best of reasons.

A complex murder investigation of a complicated set of murders starts when an Arab collaborator's body is found by a collapsed wall in the new Israeli settlement of Oranit. His death is hushed up and the body burned by the Palestinian villagers who hated him.

Two years later his death is all but forgotten until a bullet is found by a wall, and everything changes. Old speculations of foul play are confirmed, and the collaborator's death becomes a murder case.

Formerly a member of Israeli military field security, Oranit resident Jeannie now works for the Shin Bet Security Service. She's given the dubious task of "putting the case to rest again". Delving into the circumstances surrounding the Arab's death, Jeannie discovers a hidden world of smuggling, forgery, and other doubtful activities tied to minor politicians and founding members of the Oranit settlement. Everyone, including Jeannie's own father, seems to be a suspect.

Malcolm Green draws from his experience as a psychiatrist and settler to spin an intriguing plot. The characters are complex, yet real. Intrigue weaves its thread through the very fabric of the book. As the murder is solved deeper issues are highlighted and come into play.

An entertaining and humorous murder mystery.

Author and retired Israeli army psychiatrist Michael I. Benjamin weaves an entertaining and occasionally humorous murder mystery through the tangled politics and racial tension of the Green Line, the Yom Kippur War, and the Holocaust. As Jeannie uncovers the truth, she'll never see Oranit in quite the same way.

Get a copy today.

What listeners say about Oranit

Good novels tell an interesting tale. The best not only achieve that but immerse the reader in the social and political fabric of the times and places that feature in the story. Judged by these criteria, Oranit: Crossed Lines is a success. The format is beguilingly simple. A whodunit – who killed the victim? The context, however, is fascinating. Oranit is a new Israeli settlement built on disputed territory. This, however, is not another book about the Arab – Israeli conflict although that is always in the background. Rather the focus is on the differing strands of Jewish culture that constitute the State of Israel. The ultra-orthodox mingle with commercial land developers in the local bars and cafes while the security services and the military are ever present. All are immigrants, bringing their own backgrounds and humour with them – and many have been affected and even injured by the conflict with Lebanon. The resolution of the mystery exposes several of the fault lines that cut across Israeli society.

Despite the problems at international, national and local levels this is an optimistic novel. The author believes in a multicultural future for his beloved Oranit which he sees as a model for the Israel of the future. The particularly moving Epilogue explores his own beliefs and aspirations. I really enjoyed this audiobook which deals with one of the most important political issues of our time and does so in a compassionate yet intriguing tale.

Mitch - always saying what he thinks

Have you listened to any of Eric Martin’s other performances? How does this one compare?

the epilogue is very revealing about the back-story