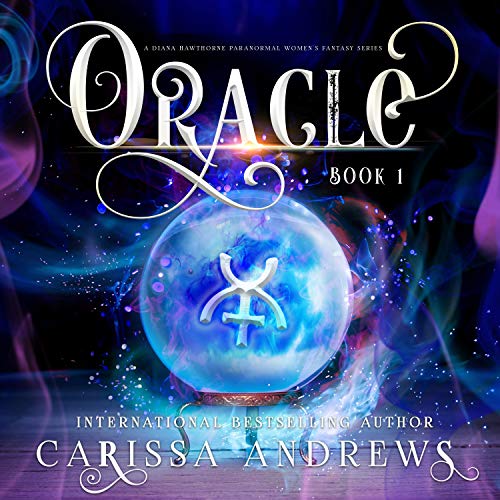 Even psychics have their blind spots.

What would you do if you could see the future?

Diana Hawthorne can do just that. Every day she delves into personal prophecies, giving guidance to all the poor souls knocking at her door. There's a catch: while she helps others see where they've been, and to know where they're going…she has no recollection of her own beginnings. Nothing before the age of 24 holds residency in her mind.

Then she meets a cocky, self-assured private investigator and immediately dislikes him. But more than that, he’s the first person in all her existence who she can’t read - and she’s been around a long time. Everything about him is a complete void and she’s not sure if it’s blissful or completely annoying. Fate intervenes, putting Diana in his path as she helps him solve a missing girl case. As pieces begin to fall in and out of place, Diana is forced to make a decision that could unlock her memory but unravel her world.

What listeners say about Oracle: A Diana Hawthorne Psychic Mystery

I loved it from the opening sentence,, wonderfully written and narrated! the characters drew me into the story and kept me hooked.

l just loved this story. l has read it previously in ebook form and the audio version was even better. Well narrated by a very pleasant voice. Recommended.