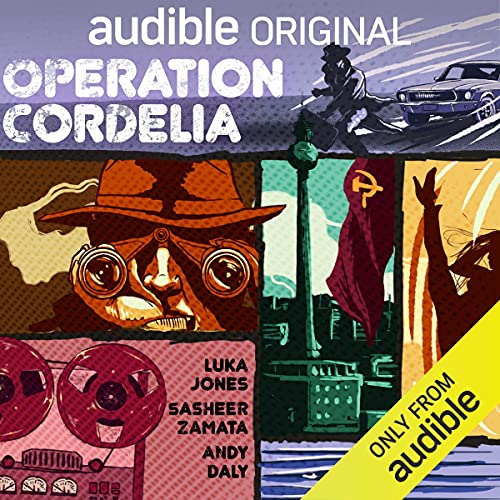 Luka Jones most recently starred on Hulu’s Shrill, opposite Aidy Bryant and produced by Lorne Michaels, Elizabeth Banks, and Max Handleman for Warner Brothers TV. He can be seen opposite Mackenzie Davis in the independent film Izzy Gets the F Across Town for director Christian Papiernak. He previously starred in two seasons on the critically acclaimed TBS/Warner Horizon People of Earth, opposite Wyatt Cenac, created by David Jenkins and produced by Conan O’Brien and Greg Daniels.
He grew up in the Chicago and Denver metro areas and trained at the Atlantic Theater Company in New York City, Steppenwolf Theatre Company in Chicago, iO West, and the Upright Citizens Brigade (UCB) Theatre. In 2012 Luka made a big splash by jumping straight from the UCB LA stage to a lead role in the NBC’s Best Friends Forever. Following this, he was offered the role of Christina Applegate’s brother in Up All Night, alongside Maya Rudolph and Will Arnett. Jones starred in NBC’s pilot Holding Patterns in 2013, and in Amazon’s Really, with costars Selma Blair, Sarah Chalke, and Jay Chandrasekhar. Jones has appeared in his fair share of films as well, with genres ranging from comedies like the 2015’s Goosebumps with Jack Black and Jay Roach’s The Campaign, to dramedies like Spike Jonzes’ Her with Joaquin Phoenix, and several independent films. He’s also appeared opposite Demetri Martin, Gillian Jacobs, and Mary Steenburgen in Dean, which was directed by Martin and premiered at the 2016 Tribeca Film Festival. Between everything, Luka has appeared in several sitcoms (Modern Family, Ben & Kate) and managed to earn a doctorate in Philosophy from USC.

Andy Daly just wrapped a supporting role in Dan Mazer’s Home Alone for 20th Century Studios opposite Ellie Kemper, Rob Delaney, Kenan Thompson, and Timothy Simons. He can be seen recurring on Veep, Blackish, and Modern Family. Andy is known for starring in and executive producing of his own Comedy Central series Review. He has previously recurred on HBO’s Silicon Valley. He was a series regular on Eastbound and Down, MADtv, The Showbiz show, and Crossballs, and has appeared on Playing House, @Midnight, Parks & Rec, Major Crimes, The Closer, Reno 911!, and The Office. His feature credits include Big Miracle, Transformers: Dark of the Moon, She's Out of My League, The Informant, Semi-Pro, What Happens in Vegas, Yogi Bear, Life As We Know It, and School for Scoundrels.

Sasheer Zamata is a comedian, actress and writer who can be seen on ABC's Home Economics, Hulu's Woke, Comedy Central's Robbie, the horror comedy film Spree, and Lionsgate's romantic comedy The Weekend. She was a cast member on Saturday Night Live for four seasons, and has appeared on This American Life and Late Night with Stephen Colbert. Her stand up special Pizza Mind is available to stream online and she is one half of the weekly podcast Best Friends, with her best friend Nicole Byer.

Phil Proctor is a founding member of the thrice-Grammy-nominated Firesign Theatre, one of Rolling Stone’s "Thirty Greatest Acts of All Time" and whose archives are now in the Library of Congress. He’s appeared on and-off Broadway, toured the USSR with the Yale Russian Chorus, and the US and Canada with the LA Guitar Quartet as Don Quixote. He has appeared in scores of commercials, audiobooks, video games, films, radio, and TV shows. Phil received Theatre World, LA Weekly, LA Free Press, and Drama Critics' awards, 3 Communicator awards and the Norman Corwin Excellence in Audio trophy over his long career.
His voice credits include memorable characters in Academy Award-winning films for Pixar and Disney from A Bug’s Life to Inside Out, the Drunken French Monkey in Dr. Dolittle, Dr. Vidic in Assassin's Creed, Simon Stagg in Batman: Arkham Knight, and Howard in the multi-Emmy-winning Rugrats, which has a star on the Hollywood Walk of Fame. He has also added scores of voices to the Golden Age of Pulp Fiction series and appeared recently live on stage in an original audio piece at the 77th Science Fiction Convention in Dublin.
He has a longtime recurring role as Detective Polehaus on Adventures in Odyssey and presently can be seen in The Lives of Harry Lime, and some Burns and Allen recreations in the Online Radio Theatre on YouTube. He is a 15-year member of the LA, Antaeus Theater company, and just released several new books to accompany his autobiography, Where’s My Fortune Cookie? co-authored by Brad Schreiber, including What to Say to Your Crazy Right-Wing Uncle: Talking Points for Liberals, with Samuel Joseph—and God Help Us! their political comedy starring Ed Asner, has toured the U.S. and Canada to rave reviews. He currently hosts The Sexy Boomer Show podcast with Ted Bonnitt, and has had revealing conversations with friends like John Goodman, Penn Jillette, Laraine Newman and Harry Shearer among others.

James Urbaniak's television credits include Hulu’s Difficult People, Comedy Central’s Review, and the voice of Dr. Venture on Adult Swim's The Venture Bros. Guest roles on Amazon’s Too Old To Die Young, Apple TV+'s For All Mankind and Dickinson, Netflix's Chilling Adventures of Sabrina, IFC's Documentary Now!, TruTV's At Home with Amy Sedaris, and many others. Films include Wonderstruck, Tesla, Advantageous, American Splendor (as Robert Crumb), and Hal Hartley’s Henry Fool. Co-creator (with Brie Williams) of the scripted podcasts Getting On With James Urbaniak, A Night Called Tomorrow, and I Will Never Lie to You. 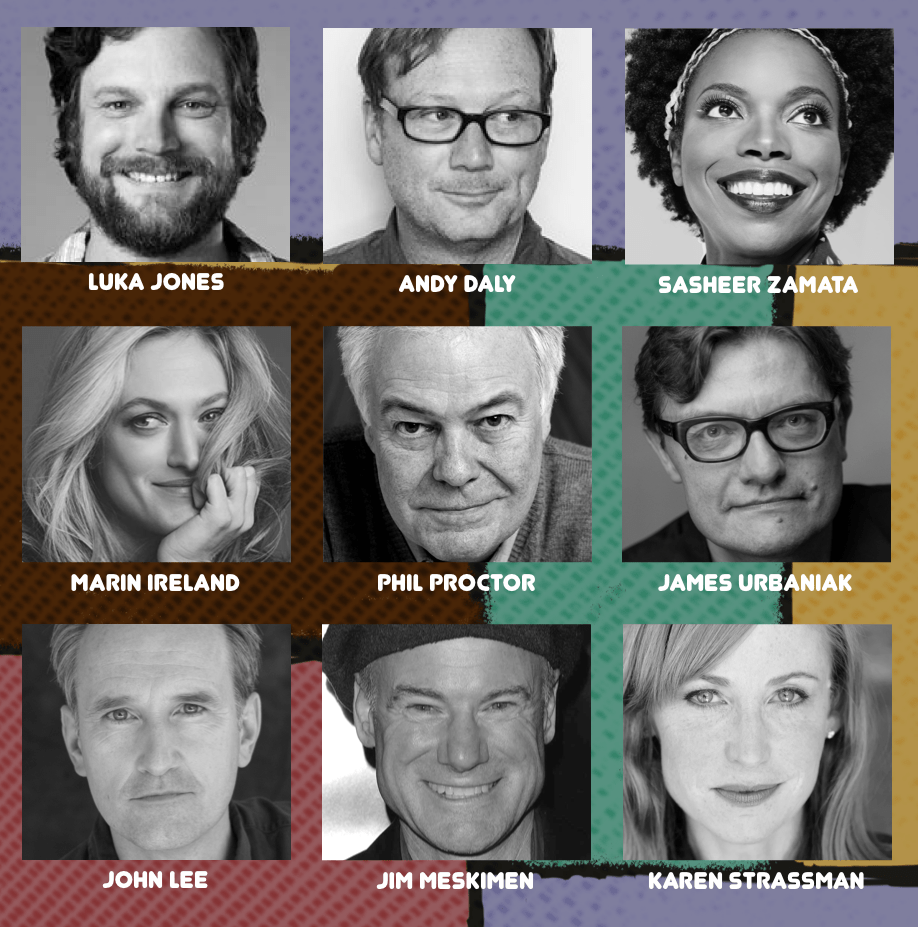 These mysteries will have you holding on to every word as the narrator pulls you in on the search for clues.

What listeners say about Operation Cordelia

Real fun. The voice acting is spot on. The humour well written. I do hope Mr Napier has more up his sleeve.

A funny, clever take on the spy thriller genre

Entertaining from start to finish, Operation Cordelia takes the listener on a wild, globetrotting ride through the world of Cold War espionage, with hilarious set pieces, riffs, and non-sequiturs all along the way. Highly recommended!

Entertaining from start to finish!

Found myself laughing out loud at this podcast. A fun listen to lighten the work week.

A humorous and entertaining espionage fiction

Operation Cordelia combines classic tropes of spy and espionage fiction: intricate webs of relations and motivations, strong characterization, and a spy-tinged soundtrack. But what makes this show such a fun listen is the humor embodied in it. I personally find comedy in audio to be a tricky thing to pull off, with most of my reactions amounting to not much more than an eye roll and a rare chuckle, similar to my reaction to most newspaper comics.

But Operation Cordelia has a hefty amount of funny thrown into it, made more humorous in relief to its spy themes, which more often than not are portrayed in media as a serious and melodramatic affair. The characters are downright funny, and the performances are top-notch and don't distract from the story, as some performances in audio fiction are wont to do.

If you're in an international espionage mood but want to keep things light and humorous, this is a show for you!