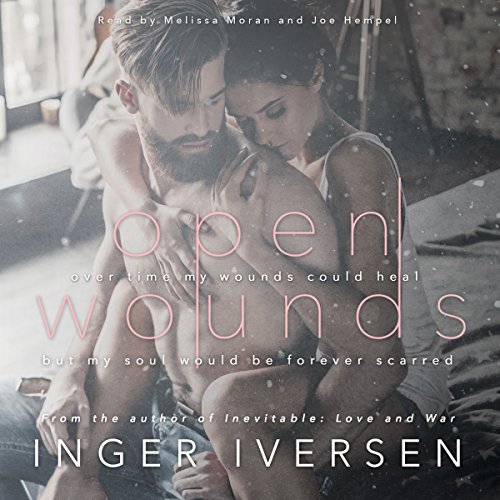 Missing Teal and Trent? Check out Rogue in Love, the beginning of a series of standalones featuring Trent Reed's new employees!

A Love against the odds novel.

If you could see your life from inception to your death, would you change things or would you let your death play out as fate intended?

Abel is in search of only two things. A stable job and a safe place to lay his head at night, after a mistake that cost him 18 months of his life. As if fate had plans made only for him, Abel is offered a complicated job, and a chance to redeem himself to his old boss.

And then he meets her.

And Abel adds another item to his list - Hope.

At 26, Hope has only ever slept with one man, and at her boss's unsolicited advice, Hope plans to forget the abuse and degradation she suffered at her ex's hand by seducing and bedding the next man she meets. Only after Hope finds a promise of death at her doorstep, her plans are derailed, and her only chance at staying alive rests on the dedication of her new bodyguard and her own sheer will to live the life she deserves.

What listeners say about Open Wounds

Well written but, raw in some places along with erotica scenes. I'm a fan of Inger Iversen because of the diverse characters ALWAYS included in the love/lust stories..

Thank goodness this was included in Audible Escape. I don't think I would have purchased it otherwise because the story was so short. I'm very glad, however, that I had the opportunity to listen to this sweet love story about overcoming domestic abuse to find love and oneself again. Both narrators were great too.

I chose this story because of the narrators. They did not disappoint me. Usually, I would skip third person narrative because it’s difficult to feel the emotions from the main characters. I didn’t feel that way thanks to these dual. I highly recommend!

Inger Iversen does it again, with Abel and Hope, I really enjoyed the story line and the intimate scenes. Now I have another favorite character.