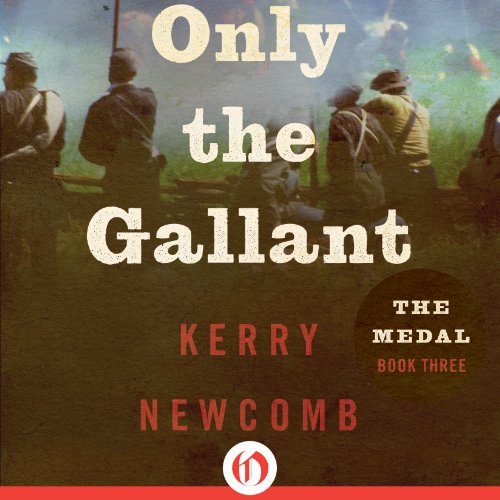 By: Kerry Newcomb
Narrated by: Brian Troxell
Try for $0.00

The year is 1863 and the Confederacy is on the run. After narrowly escaping death at the hands of a mob in New Orleans, young Union soldier Jesse McQueen faces disgrace and court-martial - in service of a higher, hidden glory. As a spy behind Confederate lines, he will intercept crucial information that could provide the turning point in a bloody, tragic war. But the young daredevil finds himself playing the part of turncoat and Confederate officer all too well, as infatuation for an indomitable Rebel Belle becomes a deeper, more dangerous sentiment. Even with the powerful symbol of patriotism and duty that he wears around his neck, Jesse needs all the courage he can muster to resolve the uncivil war raging inside his own head and heart.

What listeners say about Only the Gallant