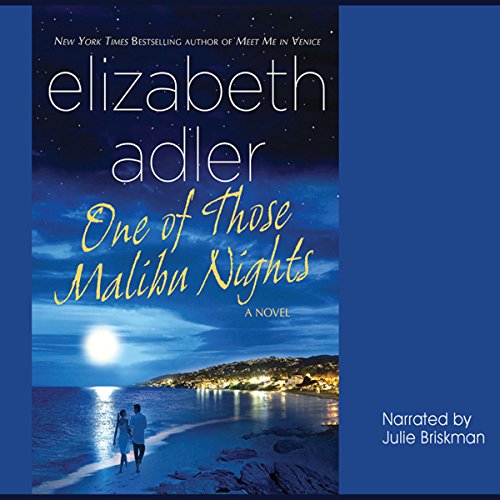 One of Those Malibu Nights

By: Elizabeth Adler
Narrated by: Julie Briskman
Try for $0.00

Mac Reilly is a P.I. with a penchant for lost causes.

One night in Malibu, he comes to the rescue of a distraught woman holding a gun in the doorway of a fabulous beach house. When the woman disappears and the gun shows up in his car, Mac is pulled into a web of deception and lies.

His quest to find her takes him from southern California to the beaches of Mexico, to the streets of Rome, and the countryside of France. All the while, he's one step behind an elusive murderer, and one step ahead of an actress who wants nothing more than to get lost.

What listeners say about One of Those Malibu Nights