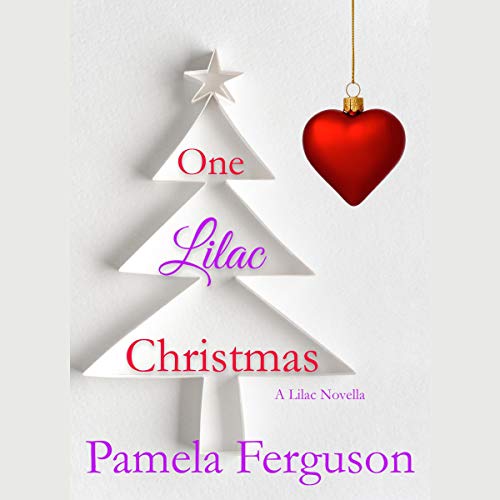 By: Pamela Ferguson
Narrated by: Stephanie Dillard
Try for $0.00

December 1943. When Zachary Flynn suggested that he and Amity Belmont enlist together, he never dreamed the recruiters would reject him because of his flat feet. Now, Amity’s off fighting the war, and he could kick himself for letting his bruised ego get in the way of telling her his true feelings. If he had, maybe Lilac’s well-meaning matchmakers wouldn’t be trying to hustle him under the mistletoe with someone other than Amity.

Sergeant Amity Belmont never should have confided her fears to anyone in her Women’s Army Corps unit. When her commanding officer gets wind of Amity’s concerns, she recommends Amity set things right at home before taking on her new assignment. Of all the people she’s disappointed, Amity is worried most about Zach. She cannot ask him to forgive something she doesn’t regret.

Will her surprise visit to Lilac bring the Christmas miracle they both need?

What listeners say about One Lilac Christmas

I enjoyed this trip back to the time of WACs and war.Stephanie Dillard was an excellent narrator. was given this free review copy audiobook at my request and have voluntarily left this review.'

This novel checked all the boxers for me, who wanted a Christmas story and a love story! I didn't need hot coco, I was warm for hours after listening. Such a heart warming tale taking place during World War II. Interesting twist when it was the woman who was returning from leave and seeing the man she left behind and not the other way around. I really enjoyed that twist. The author has a wonderful way with words and capturing the imagination. Very visual. The narrator Stephanie Dillard did a wonderful job! She did so many voices and it was always clear who was speaking and she changed her voice just right! This was a great pairing to make a wonderful audiobook! It was delightful! A way to spend an afternoon and fall in love!

I was provided a free copy of this audiobook and this is my unbiased review.

This is short and sweet Christmas Historical Romance. The storyline is original, captivating, and romantic. Stephanie Dillard did a great job with the narration.

A boost of holiday spirit!

This novella is the perfect listen to start to get into the holiday spirit! Amity and Zach enlist in the army together. They have plans, but because of flat feet, Zach is sent home. Now the two are separated, never having told the other how they really feel. Amity comes home to sort things out before her next assignment. Will their pride continue to get in their way? I love this book because it's Christmas, but also because it features a strong, woman soldier! We don't get to see much of this for the time period it's written for and it's refreshing. It does let us delve into family and expectations, as well as mend fences. I enjoyed this short WWII piece and as always will be watching for more by Pamela Ferguson.

Stephanie Dillard gives a wonderfully warm performance with her portrayal of the story. Her character voices are genuine and she has a good pace. Her narration is very enjoyable.

Set during the world war, this story is about discovering one’s inner strength, doing what’s right and forgiveness. Amity defied her parents wishes and joined the Women’s Army Corp. Now she is on leave for Christmas and has returned home to make things right with her family. She didn’t plan on the resurgent feelings for her college sweetheart, who had encouraged her to enlist...and whom had failed the physical. War rations, prejudice against women serving in the military and religious folks who are against violence...all issues that are part of history and are dealt with respectfully. Sweet love story with an HEA. Enjoyable novella that is well written and narrated.
I accepted a complimentary copy of this book in exchange for an honest review.

I loved it! Although this book is a novella, it didn't lack entertainment. This series is a must-read! The narration was excellent! The author did an excellent job with the characters. I can't praise Pamela Ferguson's writing skills enough! I look forward to reading more books by this author! I was given this free review copy audiobook at my request and have voluntarily left this review.

Amity and Zachary enlisted together. Amity was accepted as a WAC, but Zachary was denied enlistment for WW2 due to his flat feet. Amnity came home for Christmas at the suggestion of her CO to put things to right. Her family wasn't happy that she joined the WAC's and she wasn't sure of her reception, Amity also wasn't sure how Zachary would feel about her after she was accepted to help in the war and he wasn't. Except Zachary has been putting his skills to work at home on the gas rationing committee. When a situation arises Zachary and Amity work together to solve a particularly sensitive problem.
Sweet story with an enjoyable narration. I enjoyed the glimpse of life during World War 2 on the home front and especially from the perspective of the Women's Army Corp.
I was given this free review copy audiobook at my request and have voluntarily left this review.

One Lilac Christmas: A Lilac Romance Novella was a great read by Pamela Ferguson. Zachary suggested that he and Amity enlist in the military together. He never thought that the recruiters would turn him away because of his flat feet Amity is fighting in the war and Zach has always regretted not telling her how he feels. Amity's commanding officer encourages her to set things right at home before her new assignment. She visits home for Christmas and hopes for a miracle. I really enjoyed reading Zach and Amity's story and can't wait to read more by Pamela Ferguson.

This sweet story of a World War II romance on the home front will warm your heart and get you in the mood for Christmas!
I received a complimentary copy of the audio book; I was not required to write a favorable review. All opinions in this review are my own.