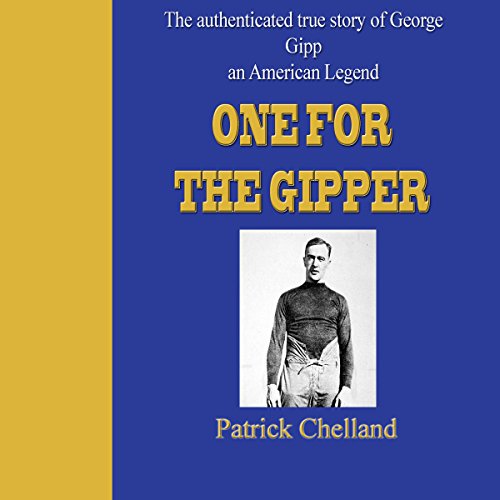 One For The Gipper

One For The Gipper

He was a lovable rogue--a gambler, a billiards champion, a cardshark, a dance contest winner, a college student, and perhaps the finest all-around athlete the world has ever known. He was a maverick, a loner, his own man, almost reclusive, yet he was loved and admired by millions while he was alive and mourned nationwide after he died at the young age of 25. He helped make the small Midwestern college he attended the most famous university in the land. He was truly a "winner," yet he could never win the heart of the only woman he ever really loved. He was the legendary George Gipp of Notre Dame, whose deathbed request to his coach, Knute Rockne, to "win one for the Gipper" has long been a part of the American lexicon.

But exactly who was this man? Why has his memory endured for more than three quarters of a century? Author Patrick Chelland explores the legend and separates the myth from the truth, and, as is often the case, truth is stranger than fiction. Chelland spoke with Gipp's contemporaries, his family, his friends, his teammates, and sportswriters and has written by far the most comprehensive biography ever undetaken on the elusive Gipper. This is also the only version of Gipp's story that has been officially recognized by Notre Dame University.