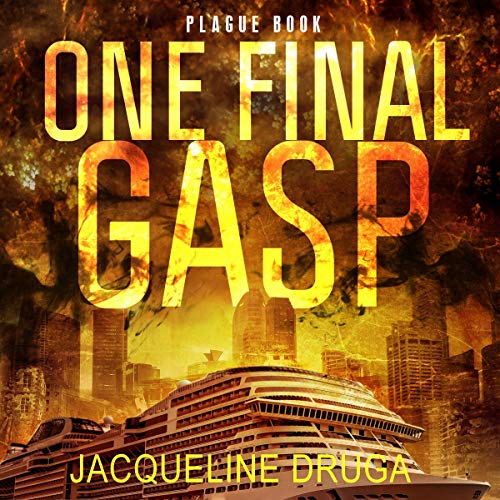 Somewhere out there exists an extinction level virus so powerful there is nothing that can stop it. In a misguided attempt to avert the future deadly threat, biologist Elias Marcum creates his own impervious virus. His arrogance in his work inadvertently causes the accidental release of the virus. By the time it is discovered, it is too late.

Aging television reporter, Eve Montgomery finally sees her chance to return to the spotlight when she is given the assignment to cover the Legends of Rock Cruise on the Magnificent Jewel. Her dreams of covering the glitz and glamour of rock stars are quickly squashed when the ship anchors in quarantine in the middle of the Atlantic Ocean.

A ferocious virus is rampant on the ship, and it quickly begins to decimate the lives of the thousands on board. There is no cure or treatment. The events of the ship are parallel to the events happening across the globe. No country is immune. Nowhere is spared. Unaware of how widespread the virus is, Eve does her best with limited communication to convey the story to the news station. It’s a matter of waiting it out until the virus runs its course.

Eve finds hope in the prospect of leaving the sea and returning home. She focuses on that, oblivious to the fact that things are far worse on land.

What listeners say about One Final Gasp

Not too bad for being stomped out of the ground

Jackie was definitely inspired by COVID-19. We all are just lucky the real pandemic wasn’t as deadly as the one in the book. Characters are strong and description are informative enough too keep the reader/listener interested. One should take Jackie’s story as inspiration “ Let’s make the best of the pandemic!”