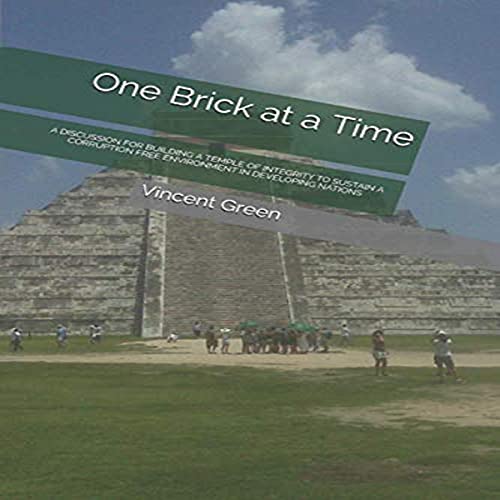 One Brick at a Time

By: Vincent Green
Narrated by: Miki Michaelsen
Try for $0.00

After meeting with the highest levels of government in several developing nations plagued by corruption, I engaged in discussions focused on planning steps to bring corruption to its knees. After these discussions, I was asked to prepare a plan of action that had the possibility of being a valuable resource in helping developing and, so-called, “Third World Nations” as they continued to move forward in the struggle to take on this battle, and bring about a victorious end to the stronghold that corruption seemed to have in these governmental institutions.

Based upon the initial discussions with leadership and interacting with officials from the US State Department on the topic of corruption, I believe that what you are about to listen to, addresses the matter by beginning with the following three important perspectives, supported by committed governmental leadership:

This publication is limited to the three aforementioned areas for the time being. If the ideas and recommendations presented in this document are well received by leadership and the people, we can aggressively move to the next steps.

I am prepared to join with any nation, state, city, or municipality that is serious about challenging corruption head-on. In this joining, we can construct a detailed plan on how the suggested steps and other ideas that will be flushed out in a full proposal can be discussed and achieved. We can also give serious discussion to the timetables required in achieving agreed-upon goals.

What listeners say about One Brick at a Time