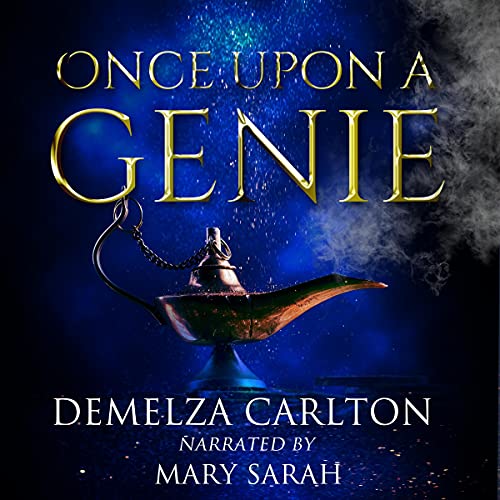 Once upon a Genie

An enslaved enchantress. A pretend prince. And a djinn who wants nothing more than to be free...

Once upon a time, before the Brothers Grimm, when fairy tales were romantic fantasies for entertaining adults and frightening children...

Three twisted tales for adults who still love listening to fairy tales, though they're a little darker now, making that happily ever after so much sweeter.

Rhona is certain her stepmother wants to kill her and her sisters and that she'll stop at nothing to do it. Leaving them in the woods alone, drugging their food and drink...is nothing safe?

Bitter at his brother's betrothal, Grieve is banished to Rum Island as a squire to Rhona's father. Grieve thought he had enough trouble with Rhona's stepmother and the threat of war with Alba, until a witch takes Grieve and Rhona prisoner.

Can Rhona and Grieve survive long enough to find their happily ever after?

When Princess Maram and street rat Aladdin meet in the marketplace, sparks fly, and Aladdin swears to move heaven and earth in order to make the lovely courtesan his wife.

He steals a magic lamp with a genie inside, thinking all his troubles are over...only to find they have barely begun.

Can Aladdin win the princess' hand without losing his head?

When Queen Briska is accused of treason, she flees to the mountains, building an icy wall around her broken heart. But she cannot flee her punishment - she is forced to help other couples find love. A tough task, when the man she loves is dead.

Amani knew his life was over the moment he was enslaved to a magic lamp. But when a twist of fate frees him from the lamp and he discovers the woman he loves still lives, Amani sets out to find her and free her, too.

Will the power of love be enough to melt two frozen hearts?

What listeners say about Once upon a Genie