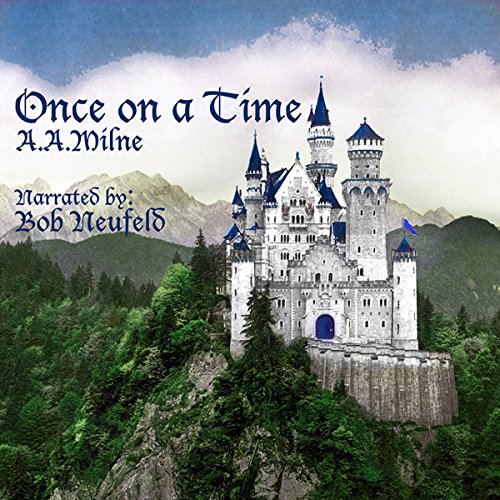 Once on a Time

"But you have not read the best one." Milne was especially fond of Once on a Time, which he wrote during WWI. It is one of those "children's books" that children will enjoy almost as much as adults. In that respect, Milne compared it with Alice in Wonderland, Treasure Island and The Wind in the Willows. It is a fairy tale about two kings who bluster and stumble into a hilarious non-war, a princess who finds true love in an unexpected place, and a conniving, beautiful Countess whose poetry was stolen by Shelley. The plot is driven by a bent ginger whisker, seven-league boots, two cloaks of darkness, and stiff notes. The characters are three-dimensional; the satire is gentle and wise. There is whimsy in every minute.

What listeners say about Once on a Time

Absolutely hysterical for all ages

Milne at his best! I may possibly have laughed harder than my daughters during the listening. The reader is sheer perfection. Highly recommend!

This book was witty and funny. Bob Neufeld was a great narrator - dry and understated. I enjoyed the book overall but it took me half the book to really get invested.

This is a find!

I see why Milne considered this his best. It has his humor and adds a layer of whimsical satire that kept me smiling throughout. The narrator has the right voice and delivery for this combination. An excellent listen.