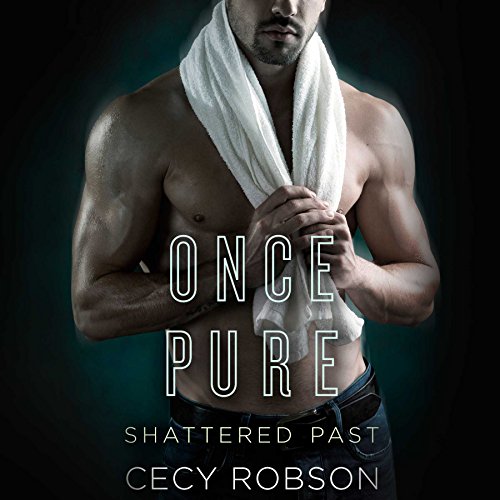 By: Cecy Robson
Narrated by: Mercedes Moreno
Try for $0.00

She bears the scars of the past. He blames himself for things he can't control. Their defenses are up, but in Cecy Robson's latest Shattered Past novel - perfect for fans of Monica Murphy and J. Lynn - true love lands a knockout punch.

Sofia Tres Santos remembers a time before her life went sour, before her innocence was ripped away, before she began punishing herself with risky behavior and unworthy men. Now, at 20, she just hopes she's ready to rebuild some of what she lost. One way or another, it always comes back to her childhood friend and longtime crush, Killian O'Brien.

As strong as Killian is, Sofia has always been his one weakness. He knows Sofia has suffered and wants to ensure she's never hurt again - not like before, and definitely not under his watch. When Sofia agrees to work at his mixed martial arts gym, Killian seizes the opportunity to help and protect the sweet girl he's always cared for. And yet, as he trains Sofia to defend herself using his hard-hitting MMA techniques, he's drawn to the vulnerable beauty in ways he never expected. As Sofia grows stronger, she also grows brave enough to open herself up to love. And along the way, she challenges everything Killian believes to be true, showing him that no matter how much he dominates in the ring, the real battle is fought in the heart.

"The sexual tension between Sofia and Killian is super steamy; the passion builds with every page." (RT Book Reviews)
"Sexy and heartbreaking, Once Pure is an excellent, emotional read." (New York Times best-selling author Monica Murphy)

What listeners say about Once Pure

Letty and Evelyn’s stories are better

I discovered this author through chapters and enjoyed reading Once Perfect, then the next. It took me a while before I managed to dive into this book and it was just kind of disappointing. Both Letty and Evelyn’s stories had some great qualities. Evelyn’s was pretty awesome. But Sophia’s just doesn’t do much for me. As for Mercedes Moreno, no. Just no. Her voice is that of a little girl and too sweet for the masculine voices that all sound super feminine and the same. The story spends a lot of time kind of bouncing back and forth, either he’s mad at her or she’s mad at him and I just wanted to scream.

Best in the series

Sophia and Killian's story is like a punch in the gut!! There is so much angst and heartbreak but this is the best book in this series. The epilogue absolutely made this book.

This narrator definitely isn't for me. It sounds like she's just reading aloud instead of narrating a story.. kind of like when you ask Alexa to tell you a story.

Sofia Tres Santos is young (20-years old) but has already faced a lot of suffering. Her highly-abusive father regularly beat her and her siblings and she was raped as a teen. She was so traumatized that she then engaged in risky, demoralizing behavior. Now she’s taken control of her life and is going to school and working for Killian O’Brien, an MMA fighter who she grew up with and has secretly admired. He’s highly protective of her, harboring some guilt regarding the violence of her past.

This was the story I waited for as Sofia has healed so much since the first story. She’s still suffering from crippling fear whenever she feels threatened and her own painful sins of her past resurface at embarrassing moments. I loved how she faced these circumstances head on and took steps to try and overcome them. Her relationship with Killian developed rather sweetly and I liked his patience with Sofia, putting her needs ahead of his own even when it was difficult.

The new adult genre can be challenging for me as it’s often fraught with lots of miscommunication and flight is typically the first response to conflict. There’s some of that here but not protracted and it’s eclipsed by the tenderness of the story and well developed characters. The horrific nature of Sofia’s past was handled deftly, nothing gratuitous in the describing as the focus was on her feelings rather than the acts. I felt the degradation, not the physical aspects, which is really great writing.

I liked the narrator who captured the heart of Sofia. She told the story without dramatic embellishment, important giving the topics. I enjoyed so much about this story, primarily Sofia’s triumph and experiencing the little and major milestones. This was a fitting conclusion to the series, especially as the characters from the previous books were also featured substantively. And, you’re in for a real treat with the epilogue. Now that’s how you write an ending!

The back story... The H was abused by her father and raped as a teenager and then she made some self destructive choices. The H seems ultra normal but has secrets of his own.

The Romance... Very slow burn as they liked each other for years but neither took a chance. It builds through the story.

The drama explosion... The h has a dramatic secret released and not much after that, she learns one of the H's secrets.

Thoroughly enjoyed this series and all the characters…. Each story is unique and promising!!! Definitely worth the read!!

Never thought I’d be reading a book about love & Marshall arts but oh what a story line.

Sophia's story is so relatable and I listened to my past in her story. it was so helpful. I found my happily ever after trauma and I'm so happy she did too! I needed this story. thankyou

Couldn’t put it down!

I love the way Mercedes Moreno reads these stories. She makes the book hard to put down.

Loved this book! I was glad to finally get the full story on what happened to Sofia, through her own eyes/memories. She really had a bad time and real trauma in her life, the rape on top of the abuse she endured from her father was the last thing she needed and she broke. It took a long time for her to pull herself together and Killian really helped her to regain her confidence and heal even further.

They were a great match but their journey wasn't a smooth or easy one as they faced the past in order to make a real future. I love how Killian and Teo made up and regained their former tight friendship again as well, to the point that I really feel Teo approved of Killian being with Sofia (well as much as a big brother can approve of his baby sister dating!). I also loved getting updates on Teo &amp; Evie and Lety &amp; Brody too, even a small cameo from the crew from Teo's old bouncing job too!

I will admit to tearing up more then once as their were a few really emotional scenes but I also laughed a lot as Cecy balances the emotional trauma with good doses of humour as well! This book marks the last book for the Tres Santos siblings but I'm happy that it does not mark the end of the series! I can't wait for Once Touched and to find out who will be starring in it! I hope it will be one of Killian's siblings, in particular Finn or Wren! I loved those two in this book and the rest of Killian's siblings too!