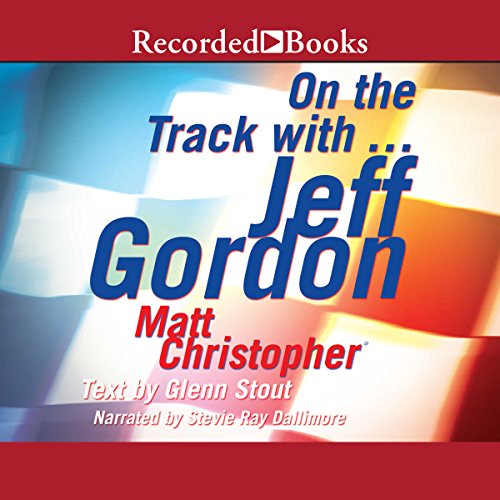 On the Track with...Jeff Gordon

On the Track with...Jeff Gordon

One of the NASCAR circuit's greatest celebrity racers, Jeff Gordon is a favorite of motorsports fans around the country. This is the 100 percent true story of the making of an American racing legend.

After competing in BMX races at just four years old, Jeff ran his first quarter-midget car race at the tender age of five years old. Can you imagine that? At that age most kids don't even know how to ride a bicycle, let alone drive a race car!

He began racing stock cars in 1991 and soon after started competing for the most prestigious trophy in all of motorsports, the coveted Winston Cup. And you know what? It took him only four short years of 200-mile-per-hour-plus driving to win it. And then he won it again!

A thrill-a-minute biography, this audiobook will have young NASCAR fans' adrenaline pumping like they're on that fateful last lap at Talladega.

R u kidding me?

disappointed that it stop, with only have of his life story, really!

I would not a read it if I had know that!