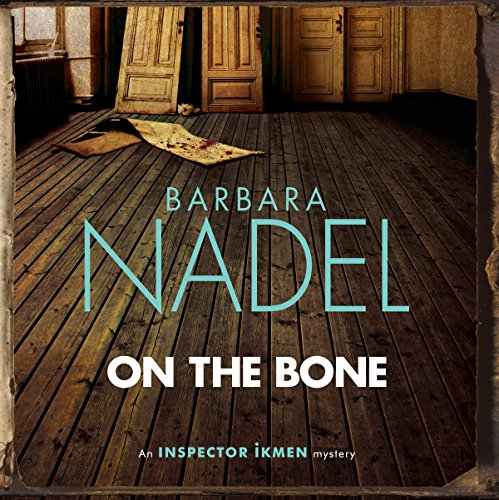 By: Barbara Nadel
Narrated by: Sean Barrett
Try for $0.00

In Istanbul - the golden city on the Bosphorus - ancient myths and modern evils are at work....

On a buzzing street in the fashionable district of Beyoglu, a young man drops dead. Ümit Kavas' death was natural, but the autopsy betrays a shocking truth: his last meal was human flesh.

Under desperate pressure from their superiors, Inspector Cetin Ikmen and his colleague, Mehmet Süleyman, begin their most obscure investigation yet. How did Ümit Kavas, apparently a good, liberal man, come to partake in the greatest taboo of all? Did he act alone? And who was his victim?

Soon they find themselves embroiled in a dark web of underground worlds: Turkey's old secular elite, a community of squatters, and a new gastronomy scene breaking every boundary. But where does the truth lie?

What listeners say about On the Bone

Another wonderful story through Istanbul with Ikeman. Some insight into Syria and ISIS included to spice it up a bit but all very real

A story to get your teeth in to.

This is a tremendous story. The use of an unusual subject matter set in a contemporary Istanbul with political turmoil keeps you gripped throughout.
Another excellent reading from Sean Barrett (when are they not) keeps the pace moving and adds variety and spice to all the individual characters.