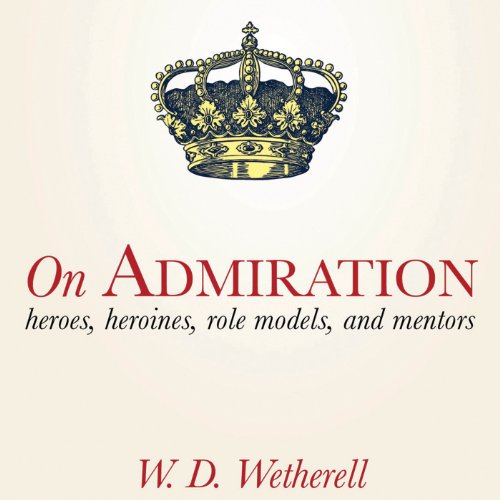 In a refreshing departure from today's celebrity worship cultivated by reality television, tabloid photos, and celebrity twittering, award-winning novelist W.D. Wetherell's On Admiration celebrates the heroes and heroines who have peopled his life from his earliest years. Writers, singers, presidents, athletes, cartoonists, artists, activists, and many more are examined here- from Henry David Thoreau to Willa Cather to Albert Camus to Dwight D. Eisenhower to Winston Churchill to Beverly Sills - in this humorous, insightful memoir that speaks powerfully about the state of fame, celebrity culture, and honest admiration.Wetherell skillfully reminds us of the magic and mystery that comes with slow discovery - of that first awareness of those figures who awoke something within us, that inspired us as children, teenagers, and adults - forever altering the landscape of ourselves. From visiting Herman Melville's study where Melville wrote Moby Dick to being a Rangers fan living in NYC - Wetherell examines the meaning of the American cultural landscape - and its remnants - in a candid and personal memoir like no other before him. With this lively and exacting series of pop culture essays, Wetherell joins the ranks of David Foster Wallace, Jonathan Franzen, and Chuck Klosterman.