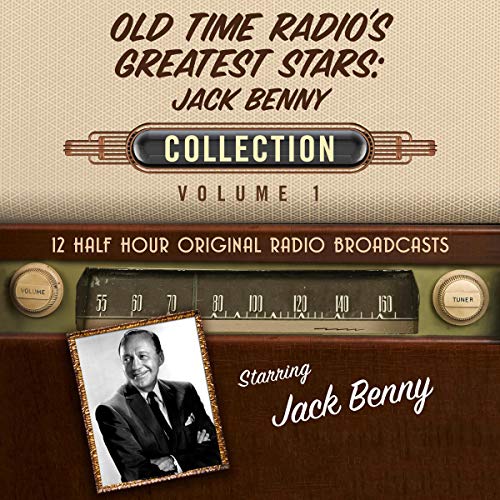 By: Black Eye Entertainment
Narrated by: full cast
Free with a 30-day trial

Versatile actor/comedian Jack Benny had a long career (1911-1974) and was truly a star of stage, screen and radio. Recognized as a leading 20th-century American entertainer, Benny often portrayed his character as a miser, playing violin poorly, and claiming to be no older than 39, regardless of his actual age. Known for his comic timing, Benny had the ability to cause laughter with a pregnant pause or a single expression, such as his signature exasperated “Well!” His radio and television programs, popular from 1932 until his death in 1974, were a major contribution to the sitcom genre. He surrounded himself with a talented group of supporting players, including his real-life wife Mary Livingstone, announcer Don Wilson, bandleader Phil Harris, singer Dennis Day and valet Eddie “Rochester” Anderson. Other cast members on his radio and TV show included Mel Blanc, Frank Nelson and Joseph Kearns. Although Jack Benny began in vaudeville and graduated to movies and television, it was on radio that Benny had his greatest success. Heard on NBC and CBS for decades, his sponsors included Jell-O, Grape Nuts Flakes, Canada Dry and Lucky Strike. We’ve carefully chosen 11 radio episodes starring Jack Benny from our master archives for this collection, and we hope you love them!