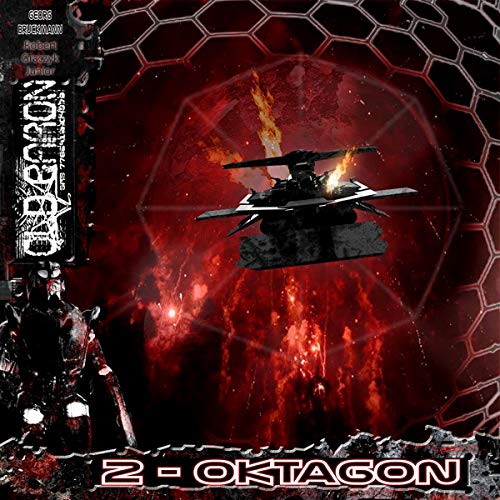 Ryder, Hook and Captain von Richthofen fight their way through the station on the third moon of Rizon 325 in search of Brandon Ozzynski. Ammunition is running low, the superiority of the ekto demons is overwhelming. To make matters worse, Alhyda has to flee with the Old Baron from three Sternereich ships under the command of Gunther von Richthofen's vengeful mentor von Juntzt and can no longer be of any help.

Left on their own, surrounded by nightmarish psi monsters and in a race against time, the two clones and their captain follow Brandon's tracker signal through the gigantic moon-station. The situation becomes almost hopeless when von Juntzt sends ground troops and the team makes a most unexpected discovery.

What listeners say about Oktagon