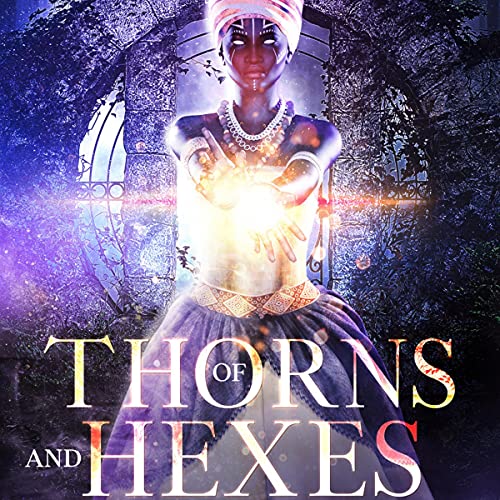 Of Thorns and Hexes

A dark fantasy with a tragic ending and a hint of horror, Of Thorns and Hexes redefines gothic fantasy and offers a fresh take on the fantasy novels of old.

In the town of Yardenfeld, Elyse Allium lives a miserable life. Living with her wicked mother, she slaves away at the local tavern in the hope that she can save enough gold to make it on her own and leave the town behind forever. However, when her mother announces that she will marry a horrible man, and is pregnant with his child, Elyse realizes she doesn’t have enough time to prepare. During her last shift at the tavern before she plans to run away, she is approached by a strange woman, a witch name Vahilda. Vahilda tells Elyse that she too is a witch and gives her an opportunity to leave Yardenfeld. But when Elyse declines her offer, Vahilda gives Elyse a warning that she will die the following day.

The next morning, Elyse is preparing to run away when she is attacked by her soon-to-be stepfather. In a panic, she kills him, using powers she had never been aware of. But it’s too late, and Elyse is set to be executed that night.

Before she can be killed, Elyse takes Vahilda’s offer, signing a blood oath. From there, she is brought to Parnissi, where she will be trained by Vahilda for the Flower Trials. But Vahilda is not truly a friend and has an evil plan that will bring about the end of the world.

What listeners say about Of Thorns and Hexes

What and amazingly, twisted and bewitching book. I tried to predict where the book was going, but everytime I thought I had it figured out, I was so wrong.
Of Thorns and Hexes is exactly what a dark fantasy novel should be about.