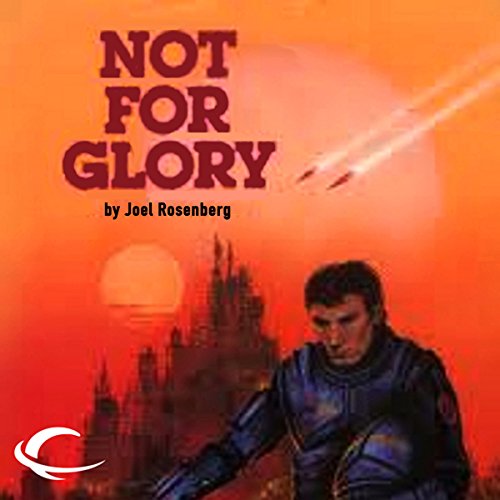 Metzada is an inhospitable planet of Epsilon Indi whose inhabitants - most descendants from refugees forced to leave Israel - can survive only because its men are highly skilled mercenaries, Metzada’s one export that brings in revenue. When young Ari Hanavi freezes in combat twice, he has one last chance to survive and even become a “hero”.

Scenes of battle, military command, and operations are expertly portrayed in this novel about a young man who must overcome his terror while dealing with his fellow soldiers and fighting an enemy force. Set in the same world as Not for Glory, which David Drake called “a swift-paced, brutal, excellent political novel about the soldier of the future”.

This is the perfect example of a great book nearly ruined by poor reading. Me. Glick is spotty on pronunciation, amazingly ignorant of some terms. Gi is pronounced Gee not Gee Eye.
Note for aspiring voice actors: immerse yourself in the story.